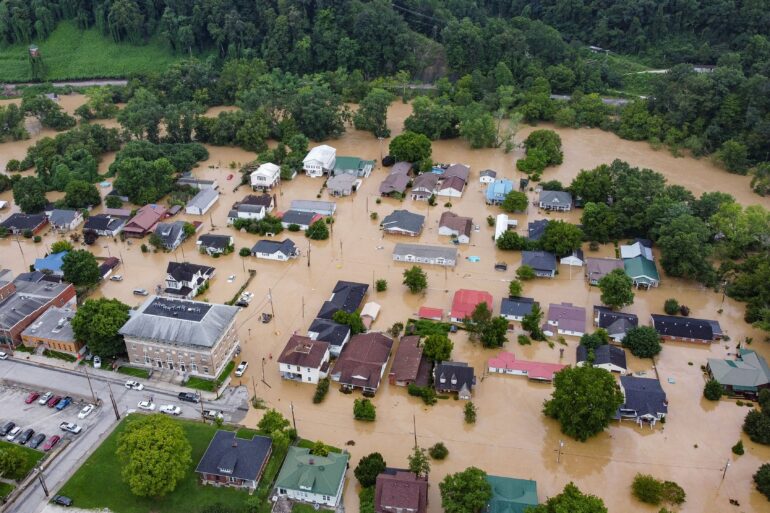 U.S. weather disasters are getting costlier as more people move into vulnerable areas and climate change raises the risks of extreme heat and rainfall, the National Oceanic and Atmospheric Administration warned as it released its annual billion-dollar disasters report on Jan. 10, 2023.

Even with an average hurricane season, 2022 had the third-highest number of billion-dollar disasters in the U.S. since 1980.

In all, 18 disasters each caused more than US$1 billion in damage. The list included three hurricanes, two tornado outbreaks, a destructive fire season, several extreme storms and a drought that disrupted sectors across the economy.

It was also the third-costliest year, compared to past years adjusted for inflation, due primarily to Hurricane Ian’s widespread damage in Florida. Together, the 2022 disasters topped $165 billion, not counting the damage still being tallied from December’s winter storms.

Several scientists wrote about the year’s weather disasters and connections to climate change. Here are three essential reads from The Conversation’s archive:

The most expensive U.S. weather disaster of 2022 was Hurricane Ian, which grew into a monster of a storm over the warm waters of the Gulf of Mexico in late September.

Ian hit the barriers islands off Fort Myers, Florida, with 150-mph sustained winds, tying for the fifth-strongest wind speed at U.S. landfall on record. Its storm surge swept through coastal neighborhoods, where the population has boomed in recent years, and its rainfall deluged a large swath of the state. Twenty inches of rain fell in Daytona Beach, triggering erosion with devastating consequences.

At least 144 deaths were attributed to the storm in Florida alone, and the total damage neared $113 billion.

Did global warming play a role?

In some ways, yes, but there are still a lot of unknowns when it comes to hurricanes, explained climate scientists Matthew Barlow of UMass-Lowell and Suzana Camargo of Columbia University.

For example, “it is clear that climate change increases the upper limit on hurricane strength and rain rate, and that it also raises the average sea level and therefore storm surge,” Barlow and Camargo wrote.

Less clear is global warming’s influence on hurricane frequency, though research points to an uptick in the strength of storms that do form. “We expect more of them to be major storms,” Barlow and Camargo wrote. “Hurricane Ian and other recent storms, including the 2020 Atlantic season, provide a picture of what that can look like.”