If your Apple Watch display is cracking, Apple might replace the screen for free 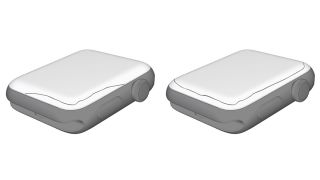 Apple says it has identified a problem that “under very rare circumstances” can lead to cracking around the edge of the screen on aluminum Series 2 and Series 3 versions of the Apple Watch – and if you’re affected, you can have a free replacement.

“Apple or an Apple Authorized Service Provider will replace the screen on eligible Apple Watch units that exhibit this type of crack, free of charge,” Apple says on the official support page for the issue.

What we don’t know is what’s causing this cracking, but it’s possible that some sort of manufacturing defect is to blame. That the issue only happens under “very rare circumstances” is encouraging for Series 2 and Series 3 owners.

“The crack may begin on one side and then may continue around the screen as shown in the images below,” Apple says.

If you have noticed this sort of cracking on the display of your Apple Watch, first head to the support page on Apple’s website and check that your model matches one of the case size, color, and date sold combinations listed.

You can then take it into an Apple Store or an approved repair shop, or post it off to Apple, to get the screen replaced free of charge. According to Apple you’ll be without your wearable for about five business days.

In Apps and WebCompaniesSmartphones
on 7 December 20205 min read

These official repair programs are now reasonably common for Apple, though usually only a few devices are affected. The Apple Watch cracking certainly doesn’t seem to be on the scale of the MacBook Pro keyboard breaking.

In the meantime we’re waiting for the Apple Watch Series 5 to make an appearance: we’re expecting it to be unveiled on September 10, alongside some new iPhones, with some new casing options in tow.