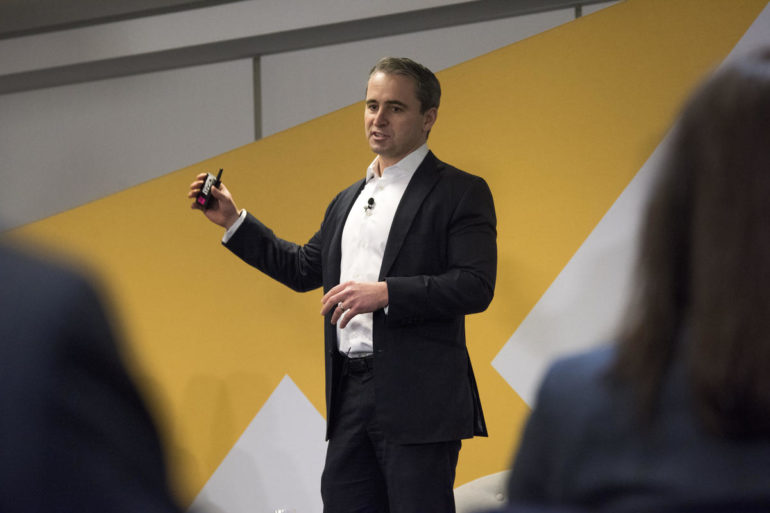 The Commonwealth Bank of Australia (CBA) has announced a “refresh” to its digital strategy, one that CEO Matt Comyn said would help his bank provide one of the best digital experiences of any company, globally.

The bank in October 2019 announced it was pumping more than AU$5 billion into technology over a five-year period. On Thursday, Comyn said that number was “continuing to increase”.

“We’re prepared to invest in our business where we see opportunities … we’ve got a whole ambition in this space and it’s going to require investment,” he said.

One such investment is the bank’s Customer Engagement Engine.

The Customer Engagement Engine is running about 400 machine learning models and ingesting about 157 billion data points in real time. Comyn said CBA is using the tool to “coordinate activity and actions to serve up to customers”.

“The Customer Engagement Engine, in terms of throughput, is delivering about 35 million decisions per day, it’s done in real time, in less than 300 milliseconds for each of those decisions,” he said.

“The scale of that is impressive, but actually what’s most important is the value we can then serve up to our customers.”

One example was using the Customer Engagement Engine to serve up emergency messages to customers during the 2020 bushfires.

The CEO said his bank’s investment in technology, particularly data, machine learning, and artificial intelligence (AI), has given CBA “unique insights” into each customer’s individual needs. He also touted the power and benefits of investing in emerging technology, such as AI and machine learning.

“The power and benefits from at-scale analytical techniques that are now available, and the computing power — as you can imagine, as a financial institution, often we’re working with very large datasets across the whole organisation,” he told ZDNet.

“The way we’re actually leveraging it to deliver personalised insights to our customers, there are many areas of our technology which I’d like to be going much faster, this is an area — we make a change in our Customer Engagement Engine every day … just the scale, when we started the Customer Engagement Engine … we certainly didn’t comprehend a few years later we’d be in real time getting through 157 billion data points.”

But in addition to the predictive power, Comyn said it was important to ensure the bank has a handle on “explainability”.

“Clearly an area of emerging interest for regulators around the world … about how companies are using data … it’s a big part of our technology strategy going forward,” he added. “It’s a meaningful area of focus for us.”

Comyn said COVID was an accelerant on some of the structural shifts that were already underway across the entire organisation. He added that CBA now has 7.5 million digitally active customers, with 6.3 million regularly using the Commbank app — a number that grew by around 400,000 in 2020.

The bank also celebrated the one-year anniversary of the launch of its venture arm, X15 Ventures.

In the 12 months since launch, X15 has helped launch or scale four new ventures, and on Thursday, CBA announced the acquisition of a fifth venture, Doshii.

Doshii is a cloud platform targeted towards the hospitality industry, bringing together venues, point of sale, and other apps such as reservation platforms and online delivery services.

“When we launched X15 last year, our mission was to bring new solutions to market that empower customers as never before, and Doshii is an exciting business proposition built with leading technology and a growing ecosystem of apps and merchants on the platform,” X15 managing director Toby Norton-Smith said.

The MD said a year on, the X15 plan has come to fruition thanks to the support of Comyn and the bank’s executive team.

“A venture model that bought the very best of the scale and the assets of the corporate backer — Commbank — while making sure we can still retain talent, profile, the technology flexibility, and the hustle of the startup model,” he explained.

It is the bank’s intention to have the Commbank app at “the centre of customers’ digital lives” and Norton-Smith said that in order to do that well, the bank needs to recognise it cannot do it all, and needs to bring in the “best of external partners, including ventures from X15”.

MORE FROM THE YELLOW BANK