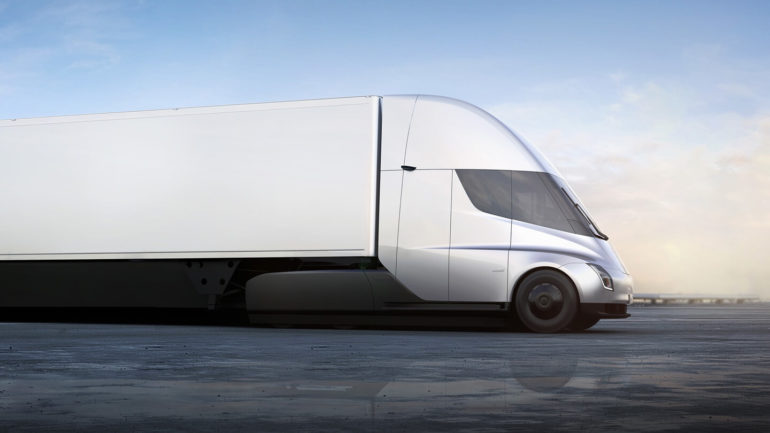 Recent job listings show that Tesla is moving ahead with its long-delayed plans for its electric Semi truck, an initiative it first unveiled in 2017.

Three current job listings call for employees to work on “Semi-Truck production lines” in Sparks, Nevada. That’s where Tesla already makes batteries for its electric vehicles, in partnership with Panasonic.

After taking reservations for the trucks from companies such as Anheuser-Busch, DHL Group, PepsiCo, Pride Group and Walmart, Tesla announced Semi production delays during a third-quarter earnings call in 2019, and again in April 2020.

In June 2020, CEO Elon Musk sent an e-mail to all employees at Tesla that called for “volume production” of the Semi.

“It’s time to go all out and bring the Tesla Semi to volume production. It’s been in limited production so far, which has allowed us to improve many aspects of the design.” Musk also said in that memo, “Production of the battery and powertrain would take place at Giga Nevada, with most of the other work probably occurring in other states.”

But in the company’s third-quarter 2020 financial filing, Tesla only mentioned its Semi initiative twice, saying it was “in development,” and noting U.S. locations for Semi production were yet to be determined.

More recently, in an interview at the European Conference on Batteries in November, Musk boasted that Tesla was aiming for a Semi that could go even further on a single charge than originally promised, saying, “You could take the range, for long-range trucking, easily up to 800 kilometers and we see a path over time to get to 1,000 kilometer range with a heavy duty truck.”

The company has a few prototype Semi trucks that have been in operation for over a year. But Musk has not disclosed when full-fledged production of the Semi, or longer-range batteries for it, could begin.

In Apps and WebCompaniesGamingSmartphones
on 19 December 202014 min read

Meanwhile, Daimler is in small-scale production with its heavy duty eCascadia electric trucks in the U.S., and Quebec-based Lion Electric has plans for a SPAC, a new U.S. factory, and has signed a deal to deliver up to 2,500 battery-powered electric trucks to Amazon over the next five years.

Investors will likely press Tesla for details on the status of its Semi program on its Q4 2020 earnings call scheduled for Wednesday.

Tesla did not immediately respond to a request for comment.