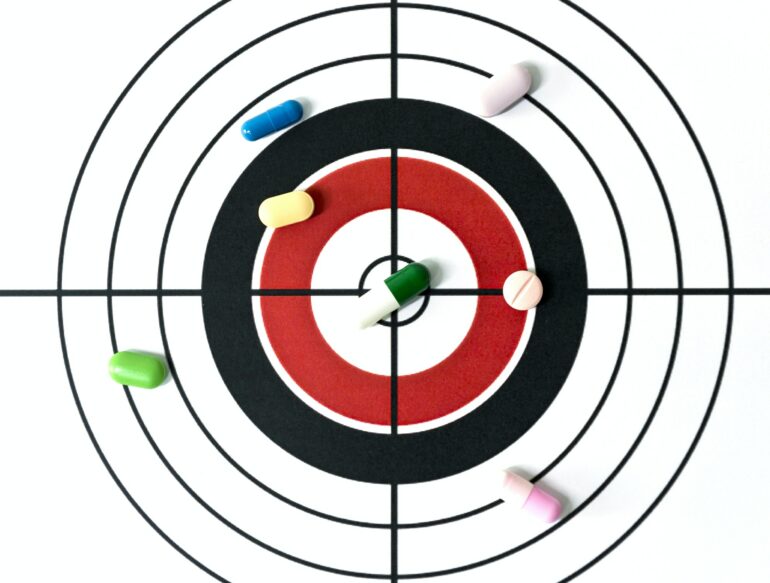 Modern drug discovery is an expensive and complicated process. Hundreds of scientists and at least a decade are often required to produce a single medicine. One of the most critical steps in this process is the first one – identifying new chemical compounds that could be developed into new medicines.

Researchers rely heavily on bioassays to identify potential drug candidates. These tests measure a compound’s ability to act on a biological target of interest. Candidates that show up as a “hit” by interacting with a target of interest (such as fitting into a binding site on the target) move on to further study and development. Advances in technology called high-throughput screening have allowed researchers to run thousands of compounds through bioassays in a short time, significantly streamlining the process.

But some of these “hits” don’t actually interact with the target as intended. And for the unwary researcher, this can lead down a rabbit hole of lost time and money.

I am a medicinal chemist who has been working in the drug discovery field for over 26 years, and one of the greatest challenges I have faced in my research is selecting good candidates from drug screening tests. One particular category of compounds, known as pan-assay interference compounds, or PAINS, is a common pitfall.

Bioassays involve placing a chemical compound together with the target of interest and measuring the strength of their interaction. Researchers assess interaction strength using a number of methods depending on how the bioassay is designed. A common assay design emits light when there is an interaction, where the intensity of the light depends upon the strength of interaction.

PAINS refer to compounds that often come up as false positives during the screening process. Because of certain characteristics of these molecules, they can interact with a target in nonspecific or unexpected ways. Some can even react chemically with the target. So while PAINS may come up as a hit in a screen, it doesn’t necessarily mean they actually do what researchers hoped they’d do. Common worst offenders include compounds like quinones, catechols and rhodanines.

There are a number of ways that PAINS dupe bioassays.

Only one in four Western Roman emperors died of natural causes

Some PAINS have properties that cause them to emit light (or fluoresce) under certain conditions. Since many bioassays detect light as a signal for a hit, this can confuse the assay readout and result in a false positive.

Other PAINS can act as redox cyclers in bioassays – producing hydrogen peroxide that can block the target and be misread as a hit.

Similarly, some PAINS form colloidal aggregates – clumps of molecules that interfere with the target of interest by absorbing it or modifying the…