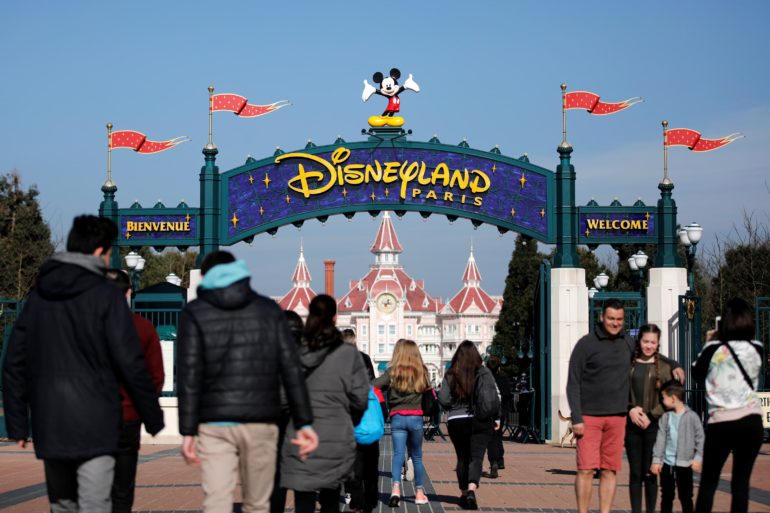 The company’s shares were up more than 5%.

Earnings per share: 80 cents vs 55 cents expected in a Refinitiv survey of analystsRevenue: $17.02 billion vs $16.76 billion expected in the survey

The company beat on subscriber estimates for Disney+, coming in at 116 million. StreetAccount estimated the company to report 114.5 million subscribers for its third quarter. The segment had 103.6 million in its fiscal second quarter.

Average monthly revenue per subscriber for Disney+ dipped 10% year over year to $4.16. The company attributed the drop to a higher mix of Disney+ Hotstar subscribers compared with the prior-year quarter.

Disney’s average revenue per user has shrunk in recent quarters because of the lower price points for its Disney+ and Hotstar bundle in Indonesia and India. The service has lower average monthly revenue per paid subscriber than traditional Disney+ in other markets, pulling down the overall average for the quarter.

Disney is also continuing to experiment with viewership habits and how it releases films following the coronavirus pandemic. The company will release “Shang-Chi” in theaters exclusively for 45 days before adding it to its streaming service.

“The prospect of being able to take a Marvel title to the service after going theatrical with 45 days will be yet another data point to inform our actions going forward on our titles,” CEO Bob Chapek said during Thursday’s earnings call.

Overall, the company said it had nearly 174 million subscriptions across Disney+, ESPN+ and Hulu at the end of its third quarter. Revenue for its direct-to-consumer segments increased 57% to $4.3 billion. Average monthly revenue per paid subscriber grew slightly for ESPN+ and Hulu.

Disney said the company’s total addressable market is 1.1 billion households across the globe.

“We’ve only just begun our journey and as I think you see what’s really going to make the difference for Disney is our spectacular content, told by the best storytellers, against our powerhouse franchises,” Chapek said.

Disney’s parks, experiences and products segment returned to profitability for the first time since the pandemic began, though the parks alone are not yet profitable.

Revenue at Disney’s parks, experiences and products segment jumped 307.6% to $4.3 billion, as all of its parks were reopened during the fiscal third quarter and attendance and consumer spending rose.

Much of this profitability is attributable to the segment’s consumer products business, which saw operating income reach $564 million. During the quarter, Disney garnered higher revenue from merchandise based on Mickey and Minnie, Star Wars, Disney princesses and Spider-Man.

Disney had reported a loss in operating income in the segment over each of the previous five quarters because of the Covid-19 pandemic. During the third quarter, the company’s operating income from parks, experiences and products reached $356 million, compared with a loss of $1.87 billion during the same quarter last year.

“We see strong demand for our parks continuing,” Chapek said on the call.

In late July, rival Comcast, which owns and operates several Universal Studios theme parks in the U.S. and aboard, reported its parks turned a profit, marking the division’s first profitable period since the first quarter of 2020.

The resurrection of the theme park industry is critical to Disney’s bottom line. In 2019, the segment, which includes cruises and hotels, accounted for 37% of the company’s $69.6 billion in total revenue.

Content sales and licensing revenues decreased 23% to $1.7 billion in the quarter. At the same time, operating income decreased 58% to $132 million.

Correction: This story has been updated to reflect that Disney’s U.S. parks returned to profit, while international parks did not.