Do humans really need other species? 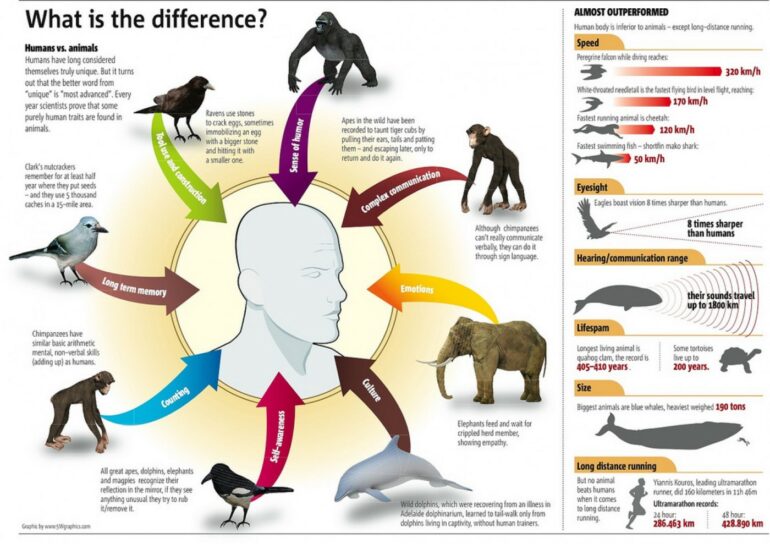 Can humans live without any other species of plants or animals? – Arunima S., age 14, Chhindwara, Madhya Pradesh, India

As an ecologist – a scientist who studies the interactions of plants, microorganisms, fungi and animals, including humans – I know there are at least three reasons we need other organisms.

First, without other species people would have nothing to eat.

Humans and all organisms require food for energy and the materials to build their bodies and reproduce. Only some microorganisms and plants have a way to use energy from sunlight, water and carbon dioxide to make the basic molecules that provide that food. This process is called photosynthesis.

Without these organisms, humans wouldn’t have food to eat. Almost everything we eat is either a plant or other photosynthetic organism, an animal that grazes on them, or an animal that feeds on animals that graze.

Processed foods may not look like they come from microbes, plants, fungi or animals, but nearly all do. Some vitamins and other food ingredients are manufactured, but they are only a very small component of the human diet.

Chemists have discovered ways to use various sources of energy to make molecules that could be used for food. Molecules produced this way are called “synthetic.” However, these processes are so difficult and expensive that it is currently impossible to feed people with these synthetic foods.

Production of synthetic food using genetically modified bacteria or cultured cell lines is growing in importance. In the future, the human diet may become a little less dependent on consuming plants and animals. Still, living organisms will remain a core component of these foods.

It takes countless different organisms – big, small and microscopic – to create healthy soil and breathable air. To break down and recycle waste. To purify water and prevent erosion. To break down toxic chemicals into harmless forms, and convert other chemicals into sources of nourishment that other organisms need to grow and thrive.

And many of our food plants – over 1,200 species – depend on pollinators to produce the fruit or seed that humans and other animals eat. Pollination, the process that allows plants to reproduce, happens when animals carry pollen from one plant to another. Bees are the main pollinators, but many other insects, birds, bats and other animals also transport pollen between plants.

Animals of all sizes, from tiny ants…