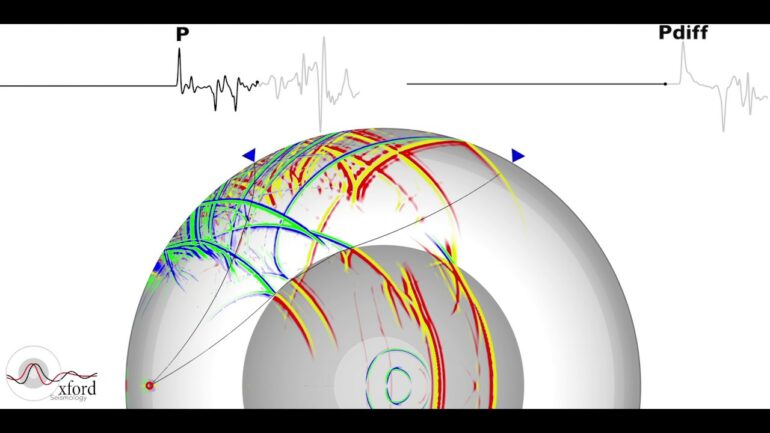 On a sunny morning in September 1985, a massive earthquake killed more than 9,000 people in Mexico City, even though the epicenter of the earthquake was some 200 miles away.

The worst damage happened in the city itself—in part, because Mexico City is built on an ancient basin surrounded by mountains. The soft foundation is thought to have amplified the shaking, causing seismic waves to ricochet through the ground.

Scientists are worried because many populated cities in the world, such as Los Angeles, are built on similar basins, and it’s been difficult for researchers to understand how the ground moves in such earthquakes. But an innovative technique using 3D printing and lasers could help improve our knowledge of what happens during ground shaking, and how different formations and layers beneath the ground lessen or increase damage in earthquakes.

“We know that you would experience the same earthquake differently if you were in a basin or on a mountain, but predicting or simulating that is really difficult, in part because it’s just hard to get the level of detail you need,” said Sunyoung Park, a geophysicist with the University of Chicago and the lead author on a study describing the process published in Scientific Reports. “With these 3D models you can get a level of granularity that really helps you see patterns that you wouldn’t otherwise. It’s a really neat technique.”

Beneath our feet, the ground is made up of different layers laid down over eons. These might range from soft clay to brittle shale. Each react differently during an earthquake—for example, more flexible layers can absorb some movement, while others amplify it. The depth and intensity of a quake as well as the surrounding geography can play a role, too, causing waves to ricochet. All of these factors combine to make predicting earthquake damage extremely difficult.

Scientists can use computers to try to model what happens, but it’s imperfect. “Simulating all of this is really hard to do, not only because it’s computationally intensive, but we don’t know enough about the physics at small scales—that is, down to the level of a mile across or less,” Park explained. “For example, if there are aquifers filled with water or magma chambers, how do those affect waves? We don’t know very well.”

Dating back to the 1920s in Japan, scientists have experimented with building actual, physical models of the ground to understand what happens in earthquakes. But they’re extremely labor-intensive and limited. “You have to carve many individual layers out and try to glue them perfectly together, and there are so many different kinds of rock that it’s hard to get accurate replications,” Park said.

Park and her collaborators, therefore, thought it would be a perfect application for 3D printing.

With a special metal 3D printer, they could create as many layers as they wanted, perfectly fitted on top of one another. It starts with metal powder, which is heated by a laser to form one layer at a time; by varying the intensity and scanning speed of the laser, they can make each layer more porous or more dense, to simulate different kinds of rock.

With this method, the scientists created an exact replica (at the scale of 250,000 to 1) of the rock beneath the city of Los Angeles, that measured only eight inches long.

Then they use lasers and lab equipment to simulate an earthquake, and monitor the model to see how the waves move through different layers.

It looked extremely similar to data recorded in real-life earthquakes, Park said. They could watch various types of seismic waves traveling through the model as in real earthquake observations.

Some of their findings were surprising. “This result actually shows that within the basin, the high-frequency waves are more diminished, which is almost exactly the opposite of what was previously thought,” said Park.

Cobalt’s human cost: Social consequences of green energy must be assessed in addition to environmental impacts

“It seems to imply that what we have been understanding for low-frequency waves does not hold up for the higher-frequency waves, and that we may need a different framework to understand these shakes,” she said.

The metal models can be made in a matter of hours, and can be re-used many times, Park said. They have already run more than 2,000 experiments using the L.A. model.

Park can think of many different uses for the technique, not just earthquakes. Our understanding of the deeper layers of Earth is limited, and perhaps 3D models could fill some gaps. Furthermore, the new technique can also detect air waves. So Park and her group are examining the effect of geographic features like mountains of valleys on air wave propagation, which can improve our understanding of volcanic or man-made explosions.

“We could even do other planets; for example, we know from seismic sensors on the moon and Mars that they experience Marsquakes and moonquakes, but their recordings look quite different from those of earthquakes,” Park said. “You could imagine creating scale models of the moon or Mars to try to understand.”