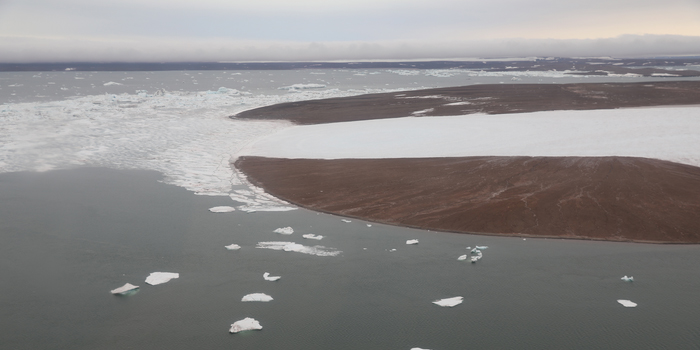 Due to climate change, Arctic winters are getting warmer. An international study by UZH researchers shows that Arctic warming causes temperature anomalies and cold damage thousands of kilometers away in East Asia. This in turn leads to reduced vegetation growth, later blossoming, smaller harvests and reduced CO2 absorption by the forests in the region.

Switzerland has had relatively little snow so far this winter, but last year was different: Trains and trams stopped running, and tree branches broke under the heavy weight of the snow. During the past few days, the east coast of the United States experienced heavy snowfall and low temperatures as far south as Florida.

Warmer Arctic winters are now also triggering extreme winter weather of this kind in East Asia, an international team of researchers from Switzerland, Korea, China, Japan and the United Kingdom has found. The cooler southern winters reduce vegetation activity in the evergreen subtropics, and continue to negatively affect ecosystems in the spring, for example due to branches broken under heavy snowfall or frost-damaged leaves. First author Jin-Soo Kim of the Department of Evolutionary Biology and Environmental Studies at the University of Zurich says: “The cooler winters also reduce agricultural productivity of cereals, fruits, root vegetables, and legumes.”

The scientists combined earth system modeling, satellite data and local observations for the study. They also analyzed an index of sea surface temperatures from the Barents-Kara Sea and found that in years with higher than average Arctic temperatures, changes in atmospheric circulation resulted in an anomalous climate throughout East Asia. In particularly cold years, the unfavorable conditions adversely affected vegetation growth and crop yields, and delayed blossoming. Moreover, the researchers estimated a decrease in carbon uptake capacity in the region of 65 megatons of carbon during winter and spring (by way of comparison, fossil fuel emissions in Switzerland are 8.8 megatons of carbon per year). The reduction in carbon absorption capacity caused by climate change is thus another issue that must be taken into account when discussing carbon neutrality.

The warming of the Arctic caused by human greenhouse gas emissions is causing social and economic harm to humans as far south as the subtropics. Gabriela Schaepman-Strub, co-author of the study, says: “This study highlights how complex the effects of climate change are. While we observe strong warming in the Arctic system, especially over the Barents-Kara Sea, we have now discovered that this warming affects ecosystems thousands of kilometers away and over multiple weeks through climate teleconnections. Arctic warming is not only threatening the polar bear, but will affect us in many other ways.”