Climate change could cause ‘disaster’ in the world’s oceans, say scientists 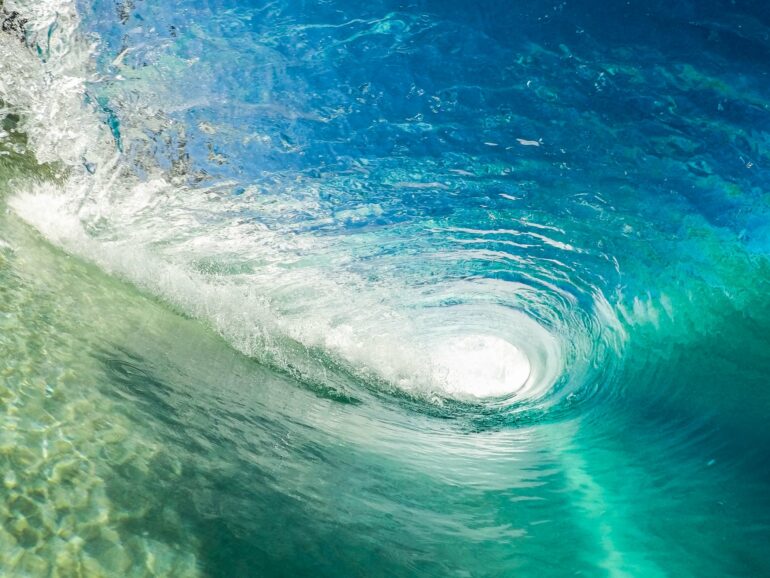 Climate-driven heating of seawater is causing a slowdown of deep circulation patterns in the Atlantic and Southern oceans, according to Earth system scientists at the University of California, Irvine, and if this process continues, the ocean’s ability to remove carbon dioxide from the atmosphere will be severely limited, further exacerbating global warming.

In a recent study published in Nature Climate Change, these researchers analyzed projections from three dozen climate models and found that the Atlantic Meridional Overturning Circulation and the Southern Meridional Overturning Circulation will slow by as much as 42 percent by 2100. The simulations suggest that under worst-case warming, the SMOC could cease entirely by 2300.

“Analysis of the projections from 36 Earth system models over a range of climate scenarios shows that unchecked global warming could lead to a shutdown of the ocean deep circulation,” said co-author J. Keith Moore, UCI professor of Earth system science. “This would be a climate disaster similar in magnitude to complete melting of the ice sheets on land.”

The importance of overturning circulation

In the Atlantic, as warm water flows northwards on the surface, it cools and evaporates, making it saltier and denser. This heavier water sinks into the deep ocean and proceeds to the south where it eventually rises back up, carrying from the depths the nutrients that are the food foundation of marine ecosystems.

In addition, globe-spanning ocean circulation creates a powerful factory for the processing of atmospheric carbon dioxide. The basic physical and chemical interaction of seawater and air—what Moore and his colleagues call a “solubility pump”—draws CO2 into the ocean. While the ocean circulation sends some carbon back to the sky, the net amount is sequestered in the ocean’s depths.

Additionally, a “biological pump” occurs as phytoplankton use CO2 during photosynthesis and in forming carbonate shells. When the plankton and larger animals die, they sink, slowly decomposing and releasing the carbon and nutrients at depth. Some comes back up with circulation and upwelling, but a portion remains banked beneath the waves.

“A disruption in circulation would reduce ocean uptake of carbon dioxide from the atmosphere, intensifying and extending the hot climate conditions,” Moore said. “Over time the nutrients that support marine ecosystems would increasingly become trapped in the deep ocean, leading to declining global-ocean biological productivity.”

Humans depend on the solubility pump and the biological pump to help remove some of the CO2 emitting into the air through fossil fuel burning, land use practices and other activities, according to Moore.

“Our analysis also shows that reducing greenhouse gas emissions now can prevent this complete shutdown of the deep circulation in the future,” he said.

Observed changes in daily precipitation intensity: It’s raining harder in the US


Citation:
Climate change could cause ‘disaster’ in the world’s oceans, say scientists (2023, January 4)