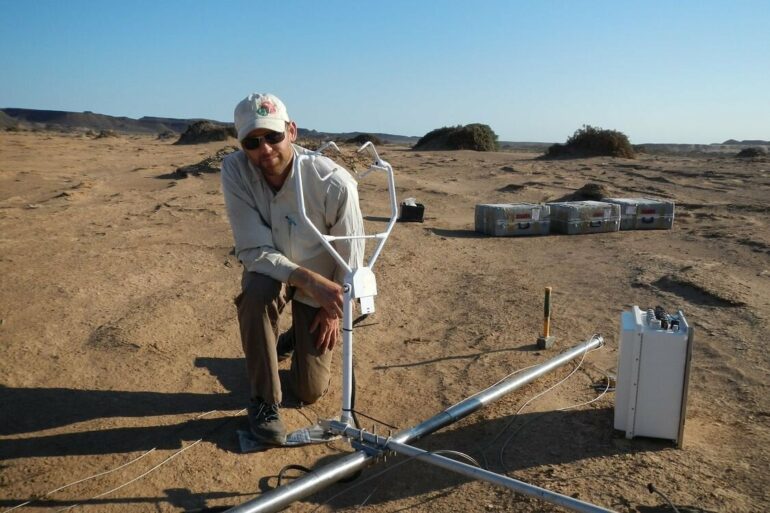 Until recently, the southern part of South America was believed to be the main source of the dust that lands in Antarctica. Fine particles, or aerosols, are often carried long distances by atmospheric circulation. This dust comes mostly from desert zones where the soil is eroded by the wind. Its origin gives us information about atmospheric composition, climatic change and wind direction.

However, a recent study published in Communications Earth & Environment reports that dust signatures from southern Africa—more precisely, the Namibian coast—have been found in the Atlantic sector of the Southern Ocean and peripheral areas of the East Antarctic plateau.

Geomorphologist James King, a professor in the geography department at Université de Montréal, was part of the research team that traced the journey of these particles from their source region to their final destination.

“This discovery helps us understand wind currents in different climatic periods,” said King. “Until now, we didn’t know to what extent air currents blew south to Antarctica. Now, we have evidence that Berg winds, which are katabatic winds caused by temperature differences between the ocean and the African continent, pick up dust and carry it southward during arid periods.”

Technology for reading the past

To make this discovery, the research team used highly sophisticated methods and instruments.

When dust is picked up by the wind, it remains suspended in the atmosphere until the right physical and chemical conditions occur for it to fall to earth. Some of that deposited dust is then “archived” in locations such as ice cores, seabeds and peatlands.

The team then performed geochemical and isotopic characterization of the sediments collected on both continents. The chemical composition and properties of the dust were analyzed to compare the two regions.

“So we didn’t capture dust in Antarctica, strictly speaking, but more precisely the isotopic signature of African dust,” King explained. “The analysis confirmed that Namibia has had a much greater impact than was thought; it is the second- or third-largest source of dust in the southern hemisphere after South America.”

The analysis of the dust particles archived in the ice cores also revealed that their origins have varied in different climatic periods. The dust particles from Namibia found in Antarctica were deposited during interglacial periods such as the Holocene, the geological era which began around 12,000 years ago.

“We already knew that the Holocene was a period when elevated temperatures and evapotranspiration caused increased aridity and the spread of desert vegetation in southern Africa,” said King. “Our most recent study confirms the existence of drought-like conditions during Interglacial periods, particularly the Holocene.”


Citation:
Dust from southern Africa made its way to Antarctica within the last few thousand years (2023, January 20)