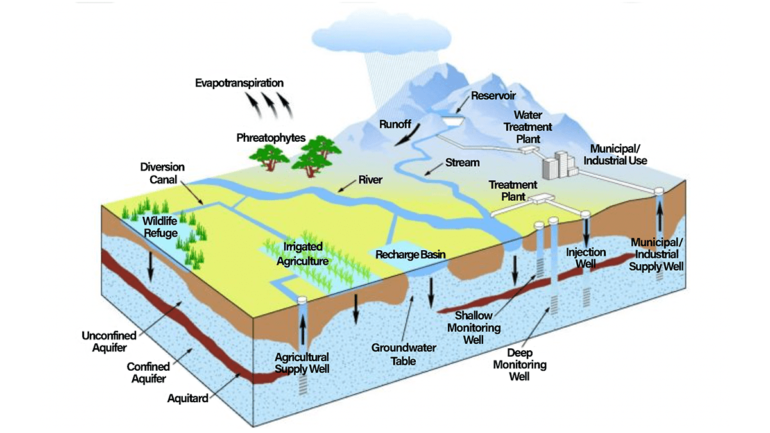 A large part of the world’s liquid freshwater supply comes from groundwater. These underground reservoirs of water—which are stored in soil and aquifers—feed streams, sustain agricultural lands, and provide drinking water to hundreds of millions of people.

For that reason, researchers are keen to understand how quickly surface water replenishes, or “recharges,” groundwater stores. But measuring a vast, fluid, underground resource is easier said than done. A new study by Wouter Berghuijs and colleagues published in the journal Geophysical Research Letters found that recharge rates might double previous estimates.

This finding has implications for the water cycle, the authors say. For instance, groundwater likely contributes more to river flow and plant water use than previous models predicted. That could scale up to affect the entire ecosystem.

Although groundwater might recharge more quickly than expected, the team cautions that groundwater is still overused in many places, especially in arid regions. Groundwater depletion threatens water security in these areas, they say, and the impacts of climate change remain unknown.

Most Asian countries are far behind biodiversity targets for protected areas, finds study of 40 countries