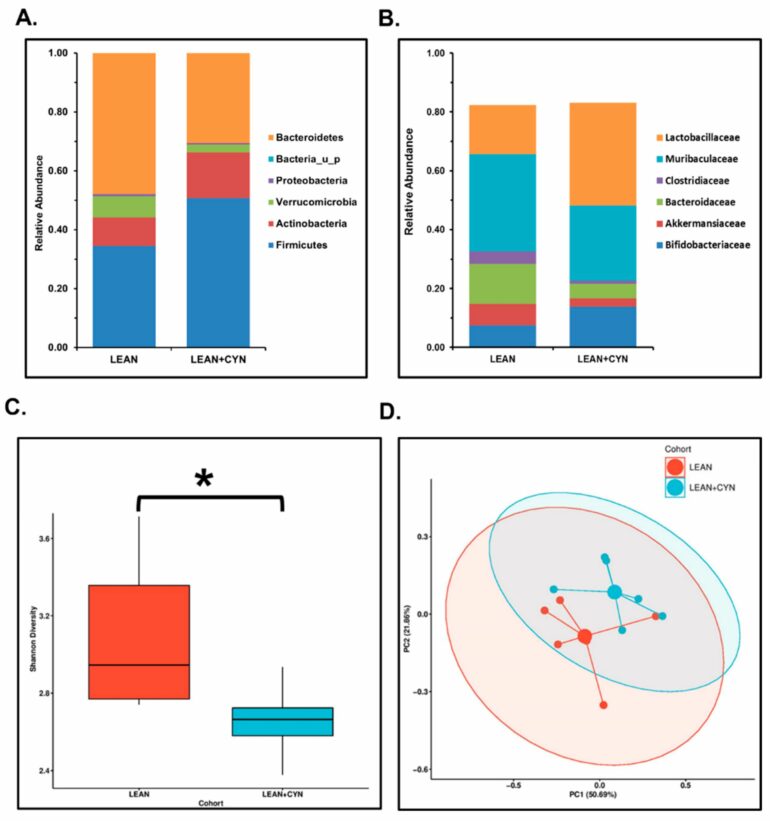 Exposure to a specific type of blue-green algae toxin known as cylindrospermopsin has shown to wreak havoc on gut bacteria and is linked to an increased probability of irritable bowel syndrome, inflammatory bowel disease, celiac disease, type 1 diabetes, obesity and inflammation of the liver—a precursor to liver cancer—according to a study led by the University of California, Irvine.

In a study published in the journal Toxins, Saurabh Chatterjee, Ph.D., corresponding author and professor of environmental and occupational health in UCI’s Program in Public Health and professor of medicine at the UCI School of Medicine, was the first to report on a possible connection between oral exposure to cylindrospermopsin (a form of cyanobacteria) and liver damage via the gut-connection.

Cyanobacteria, commonly known as “blue-green algae” are photosynthetic organisms that form from light energy and inorganic compounds, which are found in all sorts of water systems. Climate change-related stressors increase the excessive growth of these cyanobacteria present in the water bodies, a phenomenon also known as the formation of harmful algal blooms.

The researchers had previously reported the gut-brain-mind connection of another cyanotoxin named microcystin. Using mouse models, Punnag Saha, first author of this study and a UCI doctoral student in Chatterjee’s research lab, analyzed the effects of oral exposure from these harmful algal blooms on the gut bacteria environment and observed a marked increase in opportunistic pathogens with a parallel decrease in beneficial bacterial populations. This imbalance in normal physiological functions disrupts intestinal stability and is the likely drive to a greater risk of disease.

The intestinal microbiome encompasses a diverse variety of microorganisms, including bacteria, archaea, fungi, and protozoa, colonizing the small and large intestines. The intestine is home to more than 100 trillion commensal bacteria, which form the major population among the other microorganisms and play a pivotal role in the host’s metabolism, immunity, physiology, and nutrition.

“Extensive research has already linked alterations in the gut microbiome to metabolic conditions like obesity, liver disease, Parkinson’s disease and more,” Saha said. “We’re seeing more research come out that is showing linkages between exposure to environmental factors like blue-green algae and pesticides to adverse effects on pathophysiology.”

Chatterjee’s research group has a long history of working with climate change-based cyanotoxins. The lab’s research paves the way for future in-depth mechanistic studies, which will help toxicologists better comprehend the overall toxicity of blue-green algae and its role in the intestinal microenvironment.

“Climate change stressors such as harmful algae, heat stress from periodic heat waves, and increases in cholera-causing bacteria in the coastal areas all have a significant role to play in susceptible populations such as children, elderly and in those with an underlying metabolic disease.”