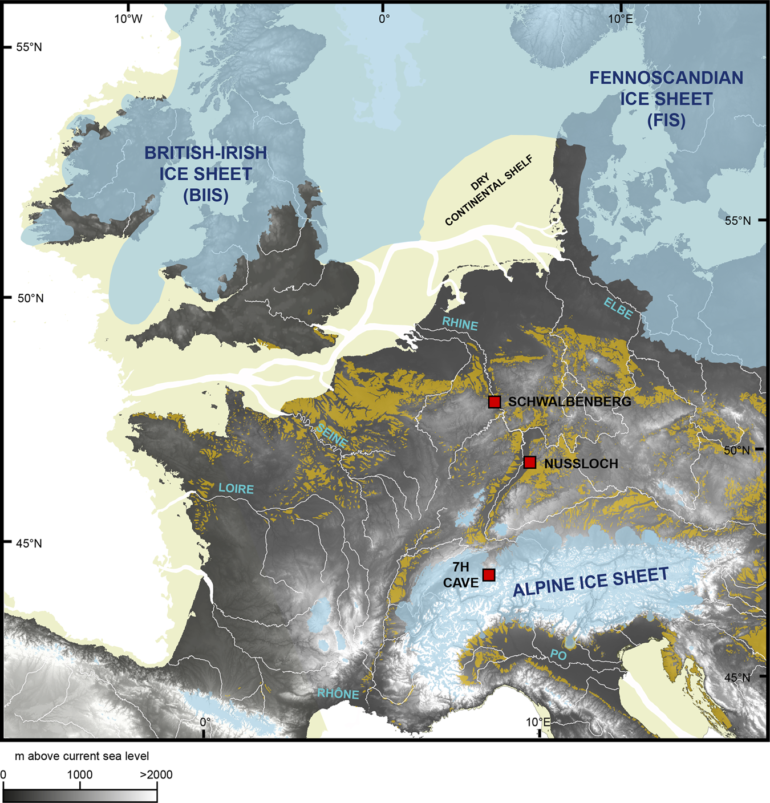 Scientists from an international research project led by Johannes Gutenberg University Mainz (JGU) have applied a new method to reconstruct past climate. As they report in the current issue of Communications Earth & Environment, they have determined temperatures and precipitation during the last Ice Age, which peaked about 25,000 years ago, by analyzing earthworm granules.

“The new method was discovered at Université Paris 1 Panthéon-Sorbonne and further developed at the Max Planck Institute for Chemistry,” said Dr. Peter Fischer of JGU’s Institute of Geography, who was the lead investigator of the TerraClime project in which the study is embedded.

“In cooperation with other scientists, including researchers from the University of Lausanne and Römisch-Germanisches Zentralmuseum, we used the method to reconstruct the climate at Schwalbenberg near Remagen and Nußloch near Heidelberg.”

The two sites form well-developed last-glacial dust deposits. The so-called loess contains sequences dating from 45,000 to 22,000 years ago, in which the earthworm granules (up to about only 2.5 millimeters in size) can be found. These calcitic granules, technically known as Earthworm Calcite Granules (ECGs), are secreted daily by earthworms.

Using the so-called radiocarbon method, which is based on the decay of the naturally occurring radioactive carbon isotope (14C), researchers can precisely determine their age. Additionally, by analyzing the ratios of stable oxygen and carbon isotopes in the ECGs, it is then possible to reconstruct how warm or how humid it was at the time of their formation.

“Analysis of the data obtained from the ECGs shows that from 45,000 to 22,000 years before present it was much drier in Central Europe than it is today, with up to 70 percent less humidity,” said Dr. Charlotte Prud’homme from the University of Lausanne, the study’s lead author. “This allows us for the first time to quantify previous findings about this period.” The novelty in these investigations on ECGs is that summer temperatures at the time were significantly higher than previously thought.

“Although summers during the cold maximum of the last glacial were about four to eleven degrees Celsius colder than today, they were only one to four degrees below the values of short milder climatic phases that occurred during the last glacial,” explained Fischer.

“Given these summer temperatures, we cannot exclude that Ice Age human populations may have made a seasonal living in Central Europe during the cold maximum, at a time for which it is generally assumed that humans could not survive here,” added Dr. Olaf Jöris of Römisch-Germanisches-Zentralmuseum, who was also involved in the study.

“Until now, reconstructions of Ice Age climate have been mainly based on the analyses of microorganisms in deep-sea deposits,” stated Fischer.

For the continents, corresponding comprehensive data have been lacking so far, which can be changed with the new method: “Since ECGs can be found in many loess sequences, temperatures and precipitation of the past can now be determined on land over a large area. One main aim is to build a database that can be used to precisely quantify past climate changes on land and to identify force feedback mechanisms. Incorporating land-based climate data will increase the database and contribute to improve existing climate modeling and thus provide valuable insights for future climate change.”