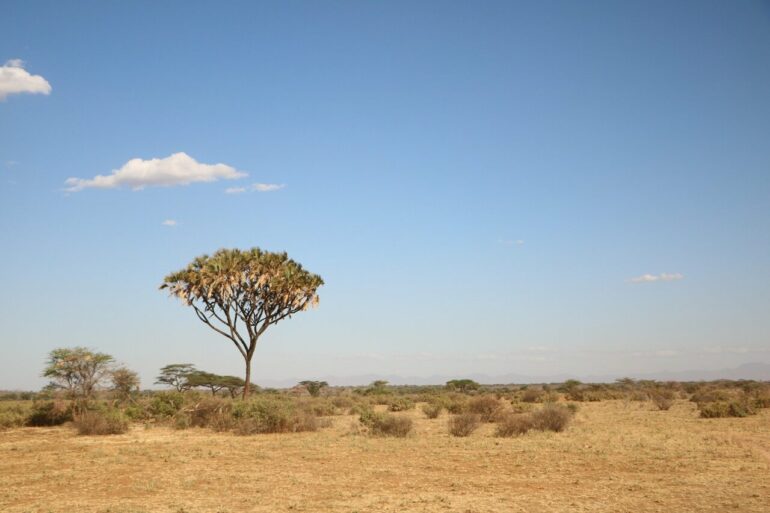 One proposed strategy in the fight against climate change is to increase tree cover in the world’s savannas, either through the planting of new trees or fire suppression, to increase the uptake of atmospheric carbon dioxide. However, a new Yale-led study of African savannas suggests this approach is far less effective than previously estimated.

“Increasing tree cover in savannas, whether via afforestation or fire suppression, is unlikely to yield the substantial gains in ecosystem carbon storage that have been advertised,” said Carla Staver, associate professor of ecology and evolutionary biology in Yale’s Faculty of Arts and Sciences, associate director of the Yale Institute for Biospheric Studies, and senior author of the new study.

The study was published March 17 in the journal Nature.

Savannas cover about a fifth of the Earth’s land surface. Because they have fewer trees than forests, they have been increasingly targeted for their potential to capture carbon. Some studies projected that afforesting the worlds savannas could capture 280 tons of carbon per hectare, a number that assumes that tropical savannas would store as much carbon as tropical forests.

A team led by Yong Zhou, a G. E. Hutchinson Environmental Postdoctoral Fellow in Staver’s lab and lead author of the study, questioned some of the projected climate benefits of afforestation in tropical savannas, which account for more than half of the planet’s fire-related carbon emissions.

For the study, the research team used data from a decades-old experiment at Kruger National Park in South Africa—where for 68 years scientists have studied how fire management affects the landscape—to better understand whether increased tree cover from fire suppression actually increases carbon sequestration.

To measure the amount of carbon stored in savannas under different fire regimes, the Yale researchers—along with scientists from Harvard University, the U.S. Forest Service, and Kruger National Park—used direct measurements of tree and grass biomass taken from the experiment, combined with remote sensing techniques and chemical analysis of soil samples.

The good news, they found, is that even frequently burned savannas store more carbon in soil and in roots than previously estimated, even when prescribed burns occur annually. This finding highlights the importance of natural savannas—which are under widespread threat from land use conversion—for storing carbon.

But the study also found that increasing tree cover through fire suppression captured much less carbon than previously estimated. Despite a 78% increase in tree cover, this strategy captured only 35% more carbon overall, corresponding to total gains of about 23 tons per hectare. These new, direct estimates from Kruger National Park suggest that the carbon sequestration potential of savannas is less than 10% of previous estimates.

“Previous models relied on sparse data to promise a very large carbon storage benefit to increasing tree cover in savannas,” Staver said. “But our direct measures show that these were not good assumptions.”

Staver and Zhou stressed that these findings need to be replicated in other savanna areas around the world. “More measurements from more savanna sites are still needed,” Zhou said.

“But the findings are substantial,” Staver said. “We need to recalibrate our assessments of the role savannas play in the global carbon cycle. And we should not be relying on afforestation to save us from accelerating human-driven carbon emissions.”