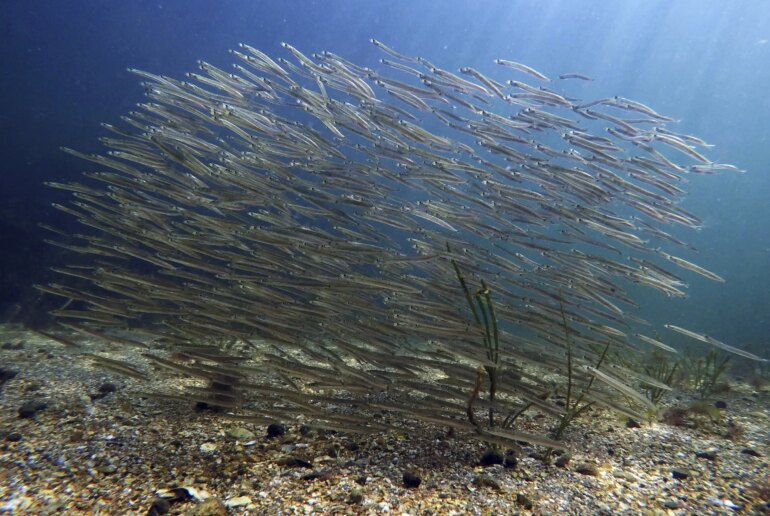 The warming of the waters off the East Coast has come at an invisible, but very steep cost—the loss of microscopic organisms that make up the base of the ocean’s food chain.

The growing warmth and saltiness of the Gulf of Maine off New England is causing a dramatic decrease in the production of phytoplankton, according to Maine-based scientists who recently reported results of a yearslong, NASA-funded study. Phytoplankton, sometimes described as an “invisible forest,” are tiny plant-like organisms that serve as food for marine life.

The scientists found that phytoplankton are about 65% less productive in the Gulf of Maine, part of the Atlantic Ocean bounded by New England and Canada, than they were two decades ago. The Gulf of Maine has emerged as one of the fastest warming sections of the world’s oceans.

Potential loss of phytoplankton has emerged as a serious concern in recent years in other places, such as the Bering Sea off Alaska. The loss of the tiny organisms has the ability to disrupt valuable fishing industries for species such as lobsters and scallops, and it could further jeopardize imperiled animals such as North Atlantic right whales and Atlantic puffins, scientists said.

The scientists did the study using data gathered since 1998 by tracking chemical changes in the Gulf of Maine. The samples used to perform the work were gathered via commercial ferries and research vessels that run the same routes over and over.

The data showed changes between the gulf and the broader Atlantic, Balch said. Intrusions of warm water from the North Atlantic since 2008 have created a gulf that is hotter, saltier and less hospitable to the phytoplankton, the study states. The scientists published their findings last June in the Journal of Geophysical Research: Biogeosciences.

Phytoplankton are eaten by larger zooplankton, small fish and crustaceans, and they are critically important to sustaining larger marine life up the food chain such as sharks and whales. Loss of phytoplankton “will likely have negative impacts on the overall productivity” of larger animals and commercial fisheries, the study states.

Decline of fish stocks in the Gulf of Maine would be especially disruptive to American fishermen because it’s a key ground for the U.S. lobster industry. Other important species such as haddock, flounder and pollock are also harvested there.

Researchers have tracked similar warming trends in the Bering Sea, Southern Ocean and northern Barents Sea in recent years. Warming’s impact on plankton is an ongoing subject of scientific inquiry. A 2020 article in the journal Nature Communications found that climate change “is predicted to trigger major shifts in the geographic distribution of marine plankton species.”

Cyclical ocean conditions also have placed more stress on phytoplankton. An El Niño climate pattern, when surface water in the equatorial Pacific becomes warmer, can reduce phytoplankton production, the National Oceanic and Atmospheric Administration has said. The impacts include lack of anchovies off South America, fewer squid off California and less salmon in the Pacific, NOAA said.

The Maine scientists say loss of phytoplankton is also significant because the organisms absorb carbon dioxide from the atmosphere, much like plants do on land.

Cobalt’s human cost: Social consequences of green energy must be assessed in addition to environmental impacts

It’s part of the toll climate change is taking on ecosystems all over the world, said Jeff Runge, a professor in the University of Maine School of Marine Sciences, who was not involved in the study.

“There’s mounting evidence that it’s linked to climate change,” Runge said. “It’s having all kinds of effects on the system that we’re beginning to see.”