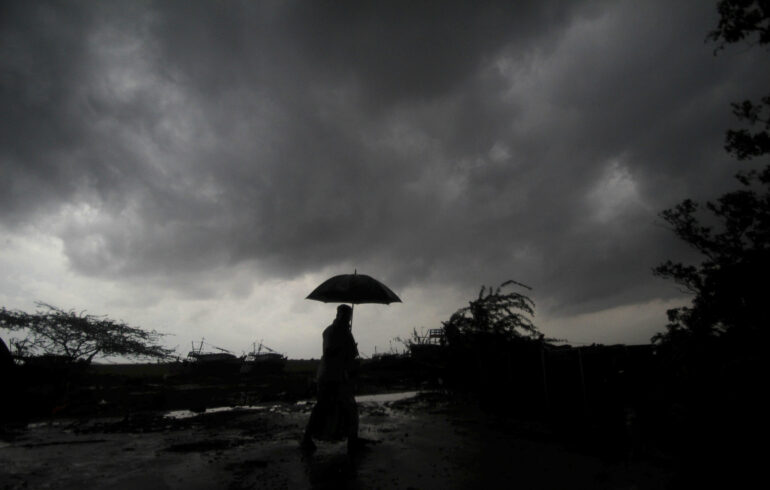 Researchers say temperature by itself isn’t the best way to measure climate change’s weird weather and downplays impacts in the tropics. But factoring in air moisture along with heat shows that climate change since 1980 is nearly twice as bad as previously calculated, according to their study in Monday’s Proceedings of the National Academy of Sciences.

The energy generated in extreme weather, such as storms, floods and rainfall is related to the amount of water in the air. So a team of scientists in the U.S. and China decided to use an obscure weather measurement called equivalent potential temperature—or theta-e —that reflects “the moisture energy of the atmosphere,” said study co-author V. “Ram” Ramanathan, a climate scientist at the University of California San Diego’s Scripps Institution of Oceanography and Cornell University. It’s expressed in degrees, like temperature.

“There are two drivers of climate change: temperature and humidity,” Ramanathan said. “And so far we measured global warming just in terms of temperature.”

But by adding the energy from humidity, “the extremes—heat waves, rainfall and other measures of extremes—correlate much better,” he said.

That’s because as the world warms, the air holds more moisture, nearly 4% for every degree Fahrenheit (7% for every degree Celsius). When that moisture condenses, it releases heat or energy, “that’s why when it rains, now it pours,” Ramanathan said.

In addition, water vapor is a potent heat-trapping gas in the atmosphere that increases climate change, he said.

When judging by temperature alone, it looks like warming is most pronounced in North America, mid-latitudes and especially the poles—and less so in the tropics, Ramanathan said.

But that’s not the case, he said, because the high humidity in the tropics juices up storm activity, from regular storms to tropical cyclones and monsoons.

“This increase in latent energy is released in the air which leads to weather extremes: floods, storms and droughts,” Ramanathan said.

University of Illinois climate scientist Donald Wuebbles, who wasn’t part of the study, said it makes sense because water vapor is key in extreme rainfall. “Both heat and humidity are important,” Wuebbles said.

Study finds that leaks are an untapped opportunity for water savings

Environmental scientist Katharine Mach of the University of Miami, who wasn’t part of the study, said “humidity is key in shaping the impacts of heat on human health and well-being, at present and into the future.”