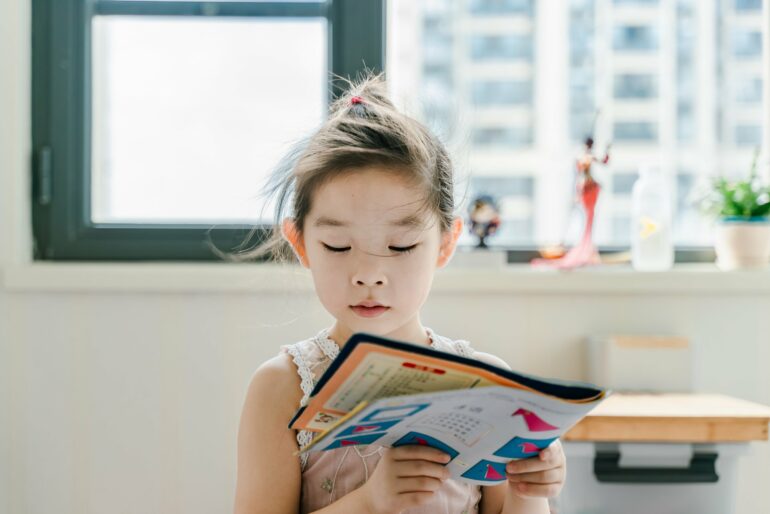 Human children are known for their sensitivity to social cues (such as eye-gaze and joint attention) more so than other primates. While most research on joint attention (two people focused on the same object) has focused on children living in Western and North American countries, little is known about how caregiver-child interactions differ across cultural groups beyond infancy. To fill this gap, a new study by researchers at the University of Wisconsin-Green Bay and Waseda University examined caregiver-child interaction in the United States and Japan to connect the learning experiences and precise changes in cognitive development among preschool aged children.

Using the eye-tracking paradigm, the study found that children in both the United States and Japan looked at images similarly by focusing on objects before they interacted with their mothers. However, mothers in these two countries directed their children’s attention differently and Japanese children shifted their attention to become more sensitive to contextual background after interacting with their mothers. These findings provide new insights into the role of social interaction and cultural diversity in the development of attention.

“Comparing caregiver-child interactions in the United States and Japan enabled the testing of cultural groups that are similar in terms of economy, education, and technology while having different cultural values,” said Sawa Senzaki, associate professor of psychology and Director of Child’s Lab at University of Wisconsin-Green Bay. “We targeted preschool—age children because they are unlikely to exhibit culturally unique patterns of attention without parental influence. This study was the first to demonstrate changes in attention in children measured directly via eye tracking before and after engagement in social interaction with caregivers across cultures.”

The study included sixty three- to four-year-old children and their mothers in the U.S. and Japan. The majority of participating mothers attained at least an associate degree. Based on parental reports, all U.S. children and mothers identified as white/European American, were born in United States, and spoke English as their first language. All the Japanese children and mothers were born in Japan and spoke Japanese as the first language.

Verbal descriptions of the children and mothers were coded separately through object-oriented talk (focal objects and their features), and social-relation talk (for example, “The bunny wants to play with bees” and “Birds are saying hello to the bunny” instead of “There are butterflies and a bunny.”)

The findings showed that mothers in the United States directed their children’s attention to focal objects (such as “There butterflies and a bunny”) at a higher rate than did Japanese mothers whereas Japanese mothers directed children’s attention to social relations among objects (such as “The bunny wants to play with bees”) more than U.S. mothers.

“Prior research tells us that children tend to focus more attention on main objects and ignore the background in a scene,” said Yuki Shimizu, professor of faculty of letters, arts and sciences and Director of Cognitive and Culture Lab at Waseda University. “However, our study suggests that mothers’ talk focusing on social-relations play an important role in attentional processes that may vary by different cultures. This type of research shows that everyday socialization in childhood primes attention and learning processes that may have lasting effects on cognitive development and learning.”

The authors acknowledge that all U.S. participants identified as European or white American and mothers from both the U.S. and Japan were well-educated. Future studies should examine socialization practices guided by fathers and other family members, who also play significant roles in child development. Future studies should also consider similarities and differences across cultures beyond an East-West comparison

Discovery sheds light on why Pacific islands were colonized

Provided by
Society for Research in Child Development