Methane emissions from reservoirs are increasing 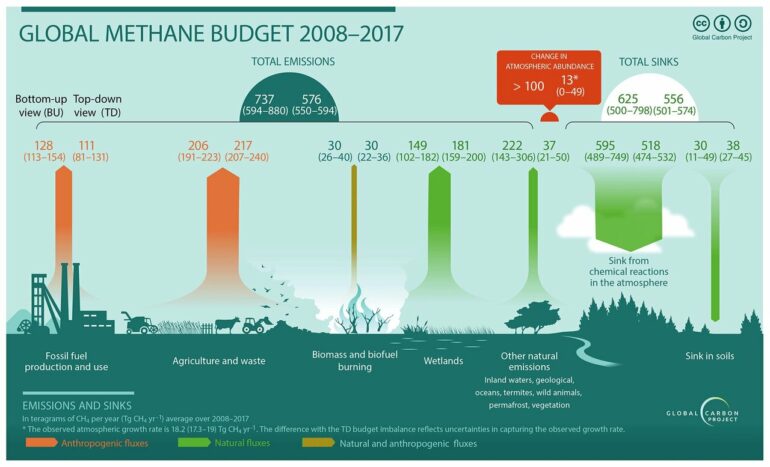 Over time the water collected behind dams will release greater amounts of methane, a greenhouse gas with even worse effects than carbon dioxide, according to a recent study.

While previous research established reservoirs as significant sources of greenhouse gases including methane, this study, published in Nature Geoscience, is the first global-scale analysis of trends in those emissions. Researchers analyzed data and projections from 9,000 reservoirs on five continents to assess their climate impact from 1900 to 2060. They found that while carbon dioxide emissions are declining, methane emissions have increased and without any mitigation measures, will likely continue to rise.

“On a per mass basis, methane has a much stronger impact on climate than carbon dioxide does,” said John Harrison, professor in WSU’s School of the Environment in Vancouver and a co-author on the study. “The balance of greenhouse gases emitted from those systems is shifting from carbon dioxide to methane. That means that although the total amount of carbon-based gas is decreasing, the reservoirs’ net climate impact is increasing.”

The study showed that total greenhouse gas emissions generated by the reservoirs reached a peak in 1987 in connection with the period of construction of the large dams. Those emissions though were dominated by carbon dioxide, and despite that overall decline, the rise of methane poses a big problem.

The construction and operation of hydroelectric dams require the creation of reservoirs by flooding the area upstream, which causes the greenhouse gas formation, said co-author Yves Prairie, a professor at University of Quebec at Montreal.

“The flooding of organic matter leads to their decomposition very quickly,” Prairie said. “This is why we observe a large release of carbon dioxide during the first 20 years after the construction of a dam.”

Globally reservoirs represented around 6% of total human-caused methane emissions in the 2000s and is expected to grow to up to 8%.

The good news is that there is at least one way to decrease these emissions, the researchers said. Methane is often concentrated in deep water, and one of the major ways it is emitted is through degassing, when water is pulled from the reservoir depths and passed through turbines or a spillway. The turbulence and flow into the river below allow that supersaturated methane to come in contact with the atmosphere where it can be emitted very rapidly.

However, managers can change the depth of water withdrawal from reservoirs and potentially reduce those emissions. A study at a Malaysian dam found that varying the withdrawal could reduce that emission pathway by as much as 90%.

More research is needed to understand the pathways for methane’s release from reservoirs, and Harrison is leading a project that focuses on the interactions between water management and the ecosystem properties in reservoirs. A WSU research team is also looking specifically at these interactions in Pacific Northwest reservoirs over the next four years.

“Anything we can do to reduce emissions of methane from any sector will help, and there’s an opportunity to manage reservoirs better to help meet that larger goal of reducing greenhouse gases,” Harrison said.