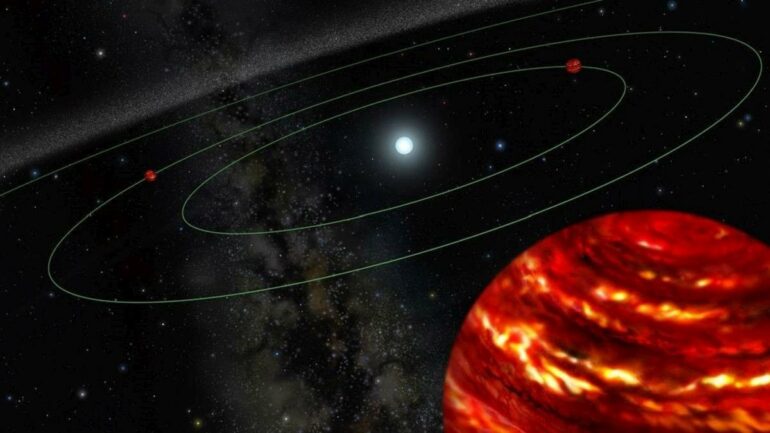 The SETI Institute and its partner Unistellar are launching a new exoplanet detection program that will engage citizen scientists worldwide. Amateur astronomers, using either Unistellar’s eVscope or another telescope, will be invited to help confirm exoplanet candidates identified by NASA’s Transiting Exoplanet Survey Satellite (TESS) by observing possible exoplanet transits from Earth.

Most known exoplanets have been detected using the transit method, most notably by the Kepler Mission and now TESS. A transit is when a planet passes between its star and the observer, who will see the star dimming as the planet orbits. The demand for follow-up observations of transiting exoplanets is greater than ever. There are currently more than 5,100 confirmed exoplanets, with thousands more detections to be confirmed. This program will focus its efforts on exo-Jupiters detected by those NASA missions.

Some estimates suggest that TESS will identify more than 10,000 exoplanet candidates. Follow-up observations are essential for unconfirmed exoplanets to determine if candidates are false positives, such as those caused by eclipsing binaries or transits of low-mass stars. Regular re-observations by ground-based systems are necessary for confirmed planets to keep their orbital ephemerides updated. The potential for citizen scientist contribution to exoplanet science is high and has exciting implications for STEM education.

The opportunities for non-professional astronomers to observe and contribute their collected data for exoplanet research or education have been largely out of reach. High costs and high levels of technical expertise required to run, build, or operate observing equipment are barriers. The Unistellar Exoplanet Campaign provides professional mentoring and curated targets. It can make meaningful contributions to exoplanet research (e.g., photometric data for monitoring transit times and confirming traditional and long-period exoplanets) while engaging non-professionals and students in this exciting work.

One of the most recent achievements of the new network is the detection of the TESS planet candidate named TOI 1812.01. TOI 1812 is a curious, multi-planet system that was first discovered by TESS. It is 563 lightyears from Earth and consists of three gaseous planets: a 3-Earth radii sub-Neptune planet on an 11-day orbit, a 5-Earth radii sub-Saturn planet on a 43-day orbit, and an outer 9-Earth radii Saturn-sized planet (TOI 1812.01) on what was previously an unconstrained orbit.

Having three gaseous planets spanning such a wide range in radius makes TOI 1812 an ideal system for understanding how giant planets form and migrate. Furthermore, owing to the cool temperature of the K2V host star, TOI 1812.01 receives insolation less than twice that of the Earth and may even be an exciting target for future exomoon searches.

However, the missing piece of the puzzle that precludes further characterization was the unknown orbital period of TOI 1812.01. TESS observed two 8-hour long transits of this planet separated by a substantial data gap, which left a set of aliases as the possible orbital period. Sparse radial velocity data and statistical analysis highlighted the three most likely orbital periods: 71 days, 87 days, or 112 days.

These three possibilities corresponded to three possible transit windows in July and August 2022. The network observed each window, which required transcontinental campaigns in each case. Over the three windows, we had 27 data sets contributed by 20 astronomers in seven countries.

The network successfully ruled out transits during the first two windows. It discovered the transit egress (ending) during the third window on August 27, 2022, confirming the orbital period of 112 days.

This effort showcases the unique ability of the citizen science network to contribute to the recovery of orbital ephemerides of extremely valuable long-period and long-transit-duration exoplanets like TOI 1812.01. This work, including the Unistellar observations, is being prepared for a manuscript to officially confirm the nature of the exoplanet system and will be presented at the IAC in Paris on Tuesday September 20.

“Observing exoplanets like TOI 1812.01 as they cross in front of, or transit, their host stars is a crucial component of confirming their nature as genuine planets and ensuring our ability to study those planetary systems in the future,” said Paul Dalba, SETI Institute research scientist and 51 Pegasi b Fellow of the Heising-Simons Foundation. “The specific properties of this planet, namely its long orbit and long transit duration, put it in a category where citizen science coordinated on a global level like the Unistellar Network can be extremely effective.”

Black hole winds are no longer as they used to be