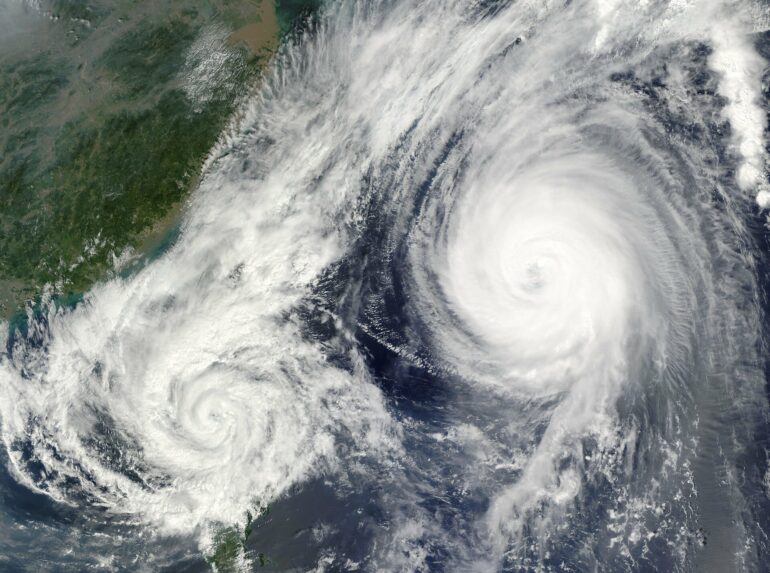 A research group led by Prof. Chen Guanghua from the Institute of Atmospheric Physics of the Chinese Academy of Sciences has provided a new perspective of the tropical cyclone size-intensity relationship, which highlights the physical mechanisms underlying coordinated changes within tropical cyclones.

Their findings were published in Advances in Atmospheric Sciences.

Previous studies showed that the traditional large-sample analysis mixing up all tropical cyclone records concluded a weak correlation between size and intensity, which might obscure these variables’ intrinsic relationship.

“Size expansion with intensity indicates a strong positive correlation during the early development,” said Chen. “The difference in the size expansion relative to the same intensity increment among tropical cyclones is a root reason for the overall weak correlation.”

By comparing the differences between these two tropical cyclone groups, the researchers found that latitude and environmental vertical wind shear are the two primary factors responsible for variation in the size-intensity relationship.