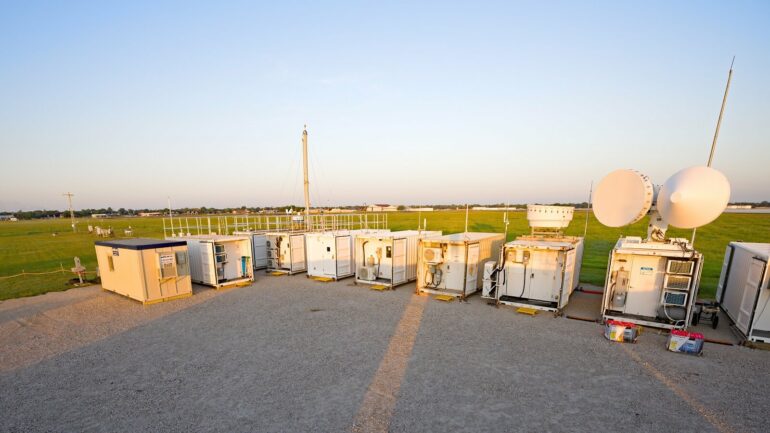 Clouds come in all shapes and sizes. While we might imagine puppies or whales or breaking waves, climatologists look at them as massive bundles of water in various forms that contribute to the daily weather, and ultimately, climate. The numbers, shapes and sizes of the liquid drops and ice crystals contained in a cloud, for example, will determine how it will scatter light or emit and absorb heat.

Despite the enormity of clouds, many of these dynamics happen at a small scale. So, to better understand how all those imaginary creatures produce the effects that they do, researchers rely on computer-generated climate models. These models can bring together information from different weather instruments, physics calculations and other observations to increase our knowledge of how the atmosphere works.

But due to limits in computing power, climate models must simplify the way clouds are represented. This introduces uncertainty in both projections of cloud behavior and climate change. Typically, in order to improve cloud representations, model results are compared with observations. However, the climate model and observation communities have historically worked separately, sometimes making the process hard to navigate.

To bridge the gap between these two communities, climate scientists at the U.S. Department of Energy’s (DOE) Argonne National Laboratory, Pennsylvania State University and the NASA Goddard Institute for Space Studies developed an easier way to compare cloud models with observations from weather instruments. The result is a modeling platform and weather instrument simulator called the Earth Model Column Collaboratory (EMC2).

Results from current climate models don’t directly compare to those from radars, satellites and other sensors whose signals can’t directly detect key cloud parameters like liquid water content and number of drops. Instead, they detect microwave and visible light reflected by clouds and precipitation. As an instrument simulator, EMC2 can convert the more detailed model-simulated cloud parameters to these weather instrument signals.

Another complication in climate modeling is the size of the geographic areas researchers want to study. Represented as points on a grid, these areas are typically around the size of a major metropolitan area. However, clouds and precipitation can cover areas as small as a neighborhood. These smaller areas of clouds and precipitation are sampled by radars and satellites. To solve this problem, EMC2 helps represent the spatial variability of cloud cover inside each grid cell on smaller scales like those covered by the weather instruments. This smaller reference point allows climate scientists to evaluate models more accurately.

What makes EMC2 even more useful is that it integrates all of these tools into a single software package. Designed as open-source software, it allows both researchers and the public to easily add, use and modify models and observations. Further information about the methods, design, as well as where EMC2 can be downloaded are available in the paper published in Geoscientific Model Development.

Using an approach developed for NASA, Argonne scientists plan to use EMC2 in collaboration with DOE’s Energy Exascale Earth System Model (E3SM), a high-resolution model designed to examine the most detailed dynamics of climate-generating behavior. Researchers hope to evaluate the model’s ability to simulate thunderstorms over Houston. Using meteorological observations from one of DOE’s Atmospheric Radiation Measurement (ARM) programs, EMC2 will help climate scientists reduce uncertainties in rainfall predictions by improving the representation of thunderstorms in E3SM. In addition, EMC2 is currently being used to evaluate weather forecasts during the DOE ARM TRacking Aerosol-Cloud interactions ExpeRiment (TRACER).

Are new carbon sinks appearing in the Arctic?

“This kind of open access will help us better balance comparisons between models and observations,” said Robert Jackson, an Argonne assistant atmospheric scientist and collaborator on the model. “It will also provide that much-needed bridge between these historically separate communities.”