Planting trees in pastureland provides significant cooling in the tropics 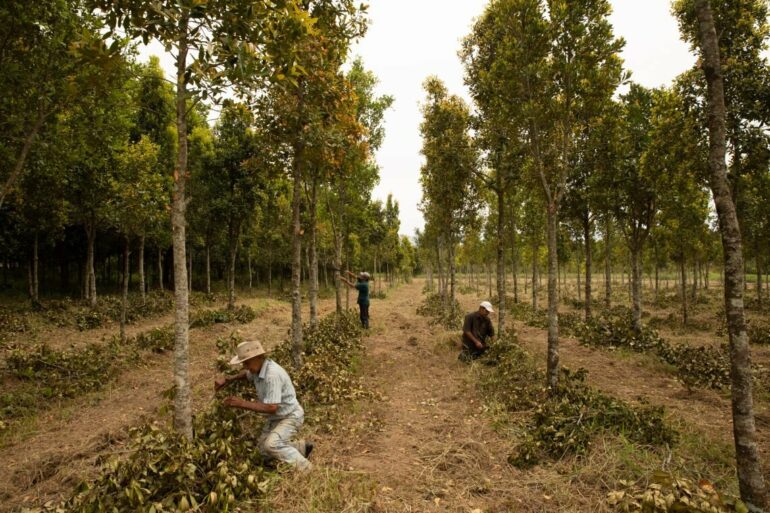 Farmers struggling to adapt to rising temperatures in tropical regions can unleash the benefits of natural cooling, alongside a host of other wins, simply by dotting more trees across their pasturelands. For the first time, a study led by the University of Washington puts tangible numbers to the cooling effects of this practice.

Researchers at the UW and The Nature Conservancy, along with Duke University, the University of California San Diego and Stony Brook University Hospital, find that adding trees to pastureland, technically known as silvopasture, can cool local temperatures by up to 2.4 C (4.3 F) for every 10 metric tons of woody material added per hectare (about 4 tons per acre) depending on the density of trees, while also delivering a range of other benefits for humans and wildlife.

The paper was published Feb. 4 in Nature Communications.

“The way in which lands are used has implications for human health and safety,” said first author Lucas Vargas Zeppetello, who did this work as a UW doctoral student in atmospheric sciences. “Our past studies demonstrated how deforestation can increase local temperatures to unsafe levels. Here, we show that planting additional trees on low-latitude pasturelands can provide substantial cooling benefits, highlighting one pathway for adding further resilience to the rising heat being experienced in these settings.”

The researchers analyzed satellite data from 2018 to compare the annual average temperature at each location across the American and African tropics with an existing data set of bare pastureland and pastureland with different amounts of tree cover, in order to quantify the local cooling effect of the trees.

Using projections for rising global temperatures for the year 2050, the authors then identified where rural communities could gain most from practicing silvopasture in the future. The authors note that the cooling effect works on all spatial scales—even smallholder farmers could access these cooling benefits, they said, by intensifying tree-planting on their own pasturelands.

“We already have plenty of peer-reviewed evidence for the multiple socioeconomic and ecological benefits agroforestry systems like silvopasture can provide—from increased food security and farmer incomes, to greater biodiversity and better access to traditional (and affordable) medicines in remote rural communities,” said corresponding author Yuta Masuda, a senior scientist at The Nature Conservancy.

“Adding our findings on the localized cooling potential of silvopasture to the mix only serves to underline the huge spectrum of advantages that come from trees in pastureland, ultimately benefiting not only vulnerable rural communities in tropical hotspots, but people and wildlife in general.”

Several of this study’s co-authors also collaborated on another recent paper that revealed the extent to which localized temperature rises, driven by a deadly combination of global warming and tropical deforestation, are making outdoor work increasingly perilous for vulnerable communities across the tropics.