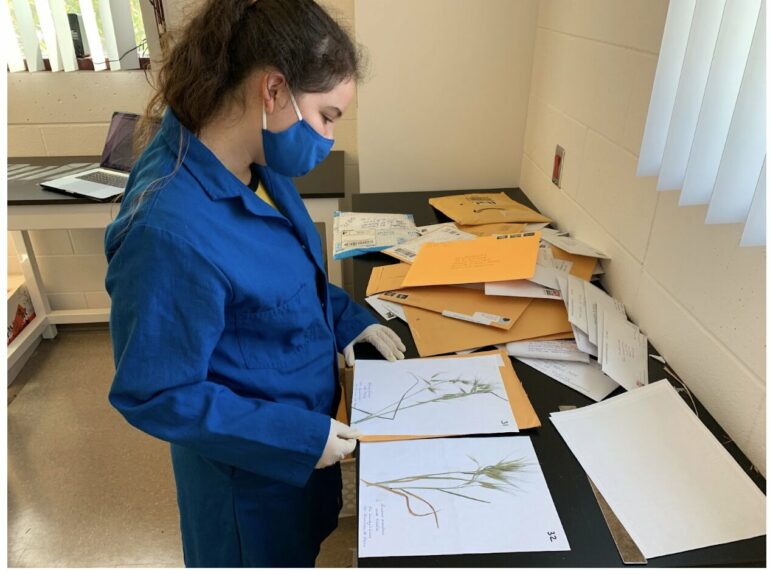 University of California scientists have a new way to demonstrate which neighborhoods returned to pre-pandemic levels of air pollution after COVID restrictions ended.

Vehicle emissions are the biggest source of carbon dioxide in Southern California’s air. As people drove their cars far less in 2020 compared to 2019 due to the pandemic, there was a major drop in CO2 on regional highways. A new study published in AGU Advances using a mobile laboratory shows the CO2 drop was roughly 60%.

By analyzing grass samples from across the state, the same study also showed in fine detail that some parts of California were back to high levels of emissions by 2021, while others—generally in more affluent areas—were not.

“Community scientists sent us hundreds of wild grass samples. We analyzed them for radiocarbon content, which is a proxy for fossil fuel emissions,” said Francesca Hopkins, UC Riverside assistant professor of climate change and study co-author.

“Plants absorb CO2 during photosynthesis and incorporate it into their tissues, recording a snapshot of local fossil fuel inputs in the process,” said study lead Cindy Yañez, formerly of UCR, now an Earth System Sciences doctoral student at UC Irvine.

The team’s grass samples revealed that coastal Orange County retained their pandemic-related reduction in emissions, and that San Francisco has fared better than Los Angeles. Both the Los Angeles metro area and Pasadena had bigger pollution rebounds than the coast, or than the state as a whole.

“We believe many of the differences we saw can be attributed to how many people are able to continue working remotely,” Hopkins said. “Other likely factors include the number of low-emission or electric vehicles in an area, and distance from industrial warehouses, with heavy big-rig traffic.”

Drilling down further, the study detailed emissions levels on specific roadways in San Francisco. Since the city’s Great Highway remained closed to cars until the end of 2021, it retained its low emissions levels into 2021. However, the city’s 19th Avenue, where traffic was redirected, showed a big increase in fossil fuel CO2 based on radiocarbon content in the grass.

The researchers have found that using wild grasses offers several advantages over other techniques.

“People traditionally measure radiocarbon in the air by collecting large, 2-liter flasks of air, which you then have to take to a lab and extract. It’s time consuming,” Hopkins said. “Grass already got the CO2 out of the air and did a lot of the work for us. It’s less expensive and lets us measure in new locations that weren’t previously possible.”

For example, cities could decide to reduce their carbon footprint by restricting vehicle traffic on a particular road or closing down another known source of emissions. Then they could use measurements of the grass in that area to measure the success of that action.

“As the world gets more serious about mitigating climate-warming CO2, we need metrics to let us know if we’re doing a good job of reducing it,” Hopkins said. “We also want to make sure communities most affected by emissions are getting the air quality benefits of reducing CO2.”