Signals from the ionosphere could improve tsunami forecasts 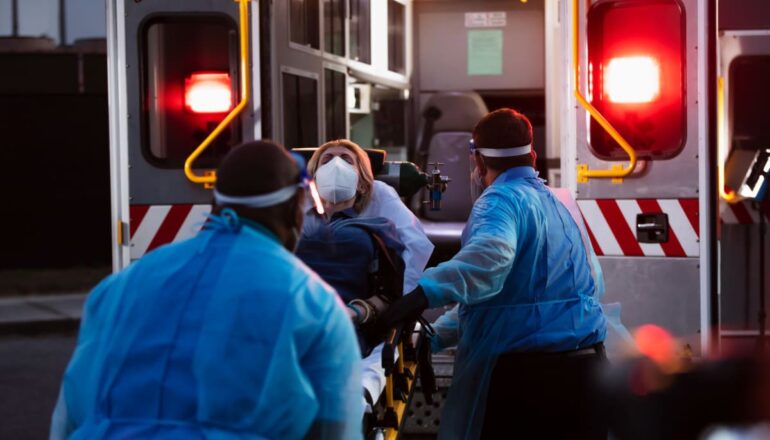 New research from the University of Washington shows that signals from the upper atmosphere could improve tsunami forecasting, and someday, help track ash plumes and other impacts after a volcanic eruption.

A new study analyzed the Hunga Tonga-Hunga Ha’apai eruption in the South Pacific earlier this year. The Jan. 15, 2022, volcanic eruption was the largest to be recorded by modern equipment. Ash blanketed the region. A tsunami wave caused damage and killed at least three people on the island of Tonga. It also had unexpected distant effects.

No volcanic eruption in more than a century has produced a global-scale tsunami. The tsunami wave from the underwater eruption was first predicted as only a regional hazard. Instead, the wave reached as far as Peru, where two people drowned.

Results of the new study, published this fall in Geophysical Research Letters, uses evidence from the ionosphere to help explain why the tsunami wave grew larger and traveled faster than models predicted.

“This was the most powerful volcanic eruption since the 1883 eruption of Krakatau, and a lot of aspects of it were unexpected,” said lead author Jessica Ghent, a UW doctoral student in Earth and space sciences. “We used a new monitoring technique to understand what happened here and learn how we could monitor future natural hazards.”

Tsunamis are rare enough occurrences that forecast models, relying on a limited number of tide gauges and ocean sensors, are still being perfected. This study is part of an emerging area of research exploring the use of GPS signals traveling through the atmosphere to track events on the ground.

A large earthquake, or in this case a huge volcanic eruption, generates pressure waves in the atmosphere. As these pressure waves pass through the zone from about 50 to 400 miles altitude where electrons and ions float freely, known as the ionosphere, the particles are disturbed. GPS satellites beaming coordinates back down to Earth transmit a slightly altered radio signal that tracks the disturbance.

“Other groups have been looking at the ionosphere to monitor tsunamis. We are interested in applying it for volcanology,” said co-author Brendan Crowell, a UW research scientist in Earth and space sciences. “This Tonga eruption kicked our research into overdrive. There was a big volcanic eruption and a tsunami—normally you’d study one or the other.”

For the new study, the researchers analyzed 818 ground stations in the Global Navigation Satellite System, the global network that include GPS and other satellites, around the South Pacific to measure the atmospheric disturbance in the hours following the eruption. Results support the hypothesis that the sonic boom generated by the volcanic explosion made the tsunami wave bigger and faster. The ocean wave got an extra push from the atmospheric pressure wave created by the eruption. This extra push wasn’t included in the initial tsunami forecasts, researchers said, because volcano-triggered tsunamis are so rare.

The authors were able to separate different aspects of the eruption—the acoustic sound wave, the ocean wave and other types of pressure waves—and check their accuracy against ground-based observation stations.

“The separation of these signals, from the acoustic sound wave to the tsunami, was what we had set out to find,” Ghent said. “From a hazards-monitoring perspective, it validates our hope for what we can use the ionosphere for. This unusual event gives us confidence that we might someday use the ionosphere to monitor hazards in real time.”

While the Tonga eruption didn’t eject much ash for the size of the event, Ghent and Crowell say the Global Navigation Satellite System signals could be used in other ways to accurately track volcanic ash plumes.

Looking upward to monitor volcanoes and tsunamis is appealing because ground-based monitoring has challenges in the Pacific Northwest and other areas. Sensors must be maintained and repaired, snow and ice can block signals or cause damage, accessing the monitoring stations may be difficult.

What’s more, “the wild mountain goats can eat the cables of the ground instruments because the goats like salt,” Ghent said. “If you have a way to monitor an area without actually being there, you’re really opening the door to being able to monitor it all year long and help keep people safe around the world.”


Citation:
Signals from the ionosphere could improve tsunami forecasts (2022, December 12)