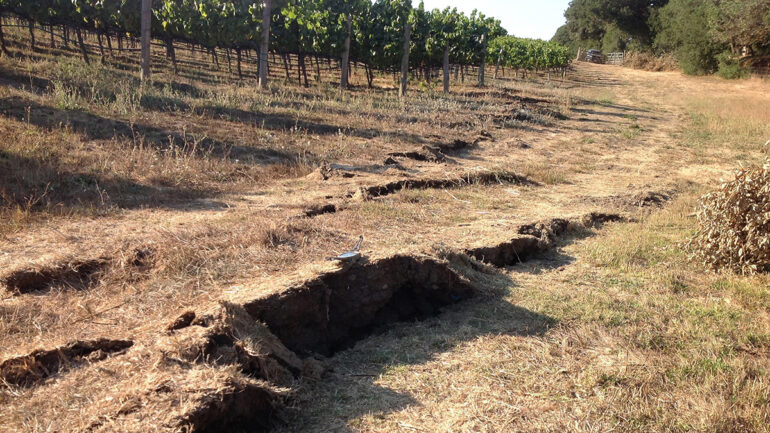 Researchers studying intermediate to large earthquakes in California have discovered detectable changes in the local magnetic field that occur 2–3 days before an earthquake. In a study now published in Journal of Geophysical Research: Solid Earth, William Heavlin and his team found that the signal of the magnetic field change is faint but statistically significant, and the seismologists hope their technique can be refined to eventually help forecast earthquakes.

“It’s a modest signal,” said Dan Schneider, director of QuakeFinder, an earthquake research department in Stellar Solutions, a systems engineering services company. “We are not claiming that this signal exists before every earthquake,” said Schneider, a coauthor of the study, “but it is very intriguing.”

The idea that the magnetic field may shift before earthquakes has been around for a while, but it’s always been controversial. The U.S. Geological Survey states that “despite decades of work, there is no convincing evidence of electromagnetic precursors to earthquakes.”

In collaboration with the Google Accelerated Science team, the scientists tapped into magnetic field data from an array of magnetometers at 125 sensor stations along major faults in California. They gathered data from 2005 to 2019, during which time 19 earthquakes of magnitude 4.5 or greater occurred on the faults.

Their multi-station analysis accounted for other kinds of processes that might affect the magnetometers but have nothing to do with earthquakes, such as rush hour traffic. Differentiating this kind of noise from potential earthquake-related signals is the tallest barrier to interpret these data, Schneider said. After training their algorithms on half the data set, the researchers identified a signal indicating changes in the magnetic field between 72 and 24 hours before the earthquakes.

Schneider said that in the future, he’d like to further hone the models to eliminate more ambient noise from the magnetometers. In this study, for example, accounting for the average influence of solar activity substantially improved the results. In continuing work, the team will use remote station data to further eliminate noise due to solar activity.

The work suggests “there may be regular detectable changes in the magnetic field that with further study and isolation, could actually support the construction of a forecasting system in the future,” Schneider said.