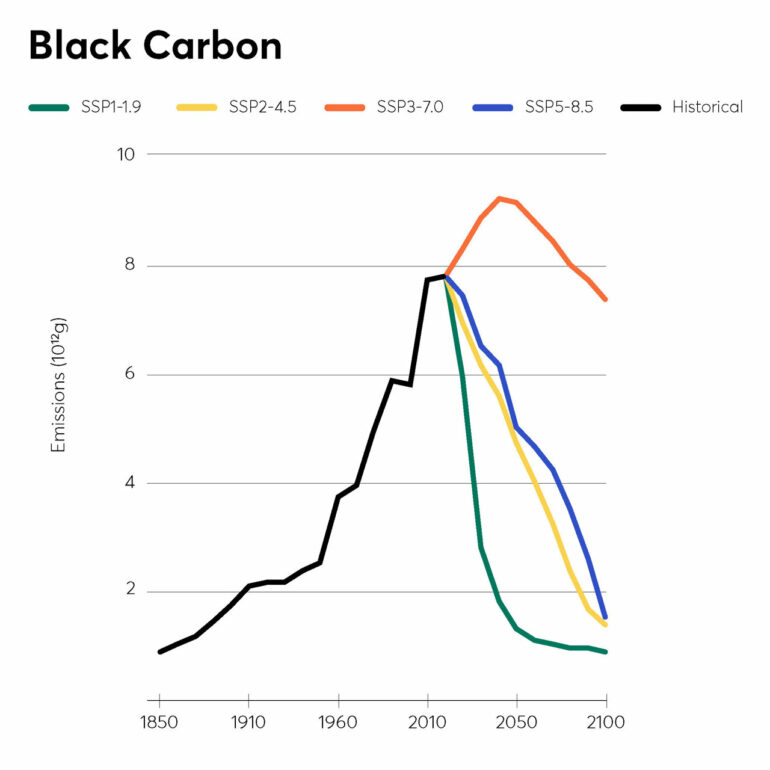 The dangerous impacts of aerosol changes on vulnerable regions should have been a priority at COP27 after climate policymakers agreed a breakthrough deal to support these parts of the world, scientists have claimed.

Writing in the journal Nature, the team of researchers including Dr. Laura Wilcox of the University of Reading and the National Center for Atmospheric Science, say that the regional impacts caused by aerosol pollution must be considered in future plans to mitigate the effects, and adjust to the impacts, of climate change.

Dr. Wilcox said, “Aerosols, and their climate effects, are complex to model, and many of the tools we use to produce policy-relevant information from our simulations don’t consider them.”

“They are typically treated as a simple offset to greenhouse gases, but there are many cases of regional climate change where aerosol changes have been the main cause.”

“Aerosol emissions are likely to change rapidly over the next couple of decades, so by not fully accounting for the effects of aerosols, we might underestimate the rate and magnitude of change in regions that are particularly vulnerable to aerosol changes.”

“Huge progress was made in supporting vulnerable regions to deal with climate change at COP27, but world leaders also need consider how aerosol changes will harm these same areas.”

Aerosols are made up of soot and other air pollutants from industry and fires. They play a significant role in extreme weather events, such as flooding, but their complex impacts on overall warming levels and regional patterns of weather mean they are often excluded from climate risk assessments in the immediate years and decades ahead.

According to the scientists, the devastating floods in Pakistan in June 2022 could have been made worse by changes in aerosol concentrations, with aerosols known to have a big impact on monsoon rains. Despite this, the impact of aerosols on the floods, which killed 1,600 people, were not considered in early attribution studies.

It is feared that by reducing aerosol levels in the coming decades, often to cut air pollution’s negative effect on public health, more vulnerable parts of the world will be at risk from rapid changes in extreme heat and floods in the short-term.

As policymakers made progress on plans for supporting vulnerable regions with the effects of greenhouse gases at COP27, the near-future impacts aerosols could have on these parts of the world were almost completely overlooked.

Through most of the 20th century, aerosols were predominantly emitted in industrialized regions in North America and Europe, but as centers for production for many heavy industries have moved to Asia, most global emissions are now in India and China.

Aerosols are behind poor air quality over many of the world’s most-densely populated areas, but they also have a profound cooling effect on the Earth’s surface by reflecting sunlight and changing the properties of clouds. Without them, global warming today would be up to 50 percent greater.

Not waving, drowning: Why keeping warming under 1.5 C is a life-or-death matter for tidal marshes

Reducing emissions of aerosols due to air quality concerns leads to more extremely hot days and strongly affects the likelihood of extreme precipitation events in the short-term.

Scientists expect aerosol levels will change in the coming decades. Over the next 30 years, the world could see aerosol-driven climate changes as large as those that have occurred over the past 170 years—meaning more extreme weather events the world over, but particularly in densely populated regions such as southeast Asia and West Africa. A study published in Environmental Research Letters in 2020 showed that global aerosol reductions amplified future increases in extreme heat over Europe and China by up to 40%.

It is for this reason that Dr. Wilcox and other climate science and scenario development peers are calling for researchers, NGOs, agencies, and policymakers to routinely consider the impact of aerosols on regional climate change.