Turning coal mine drainage into source of rare minerals 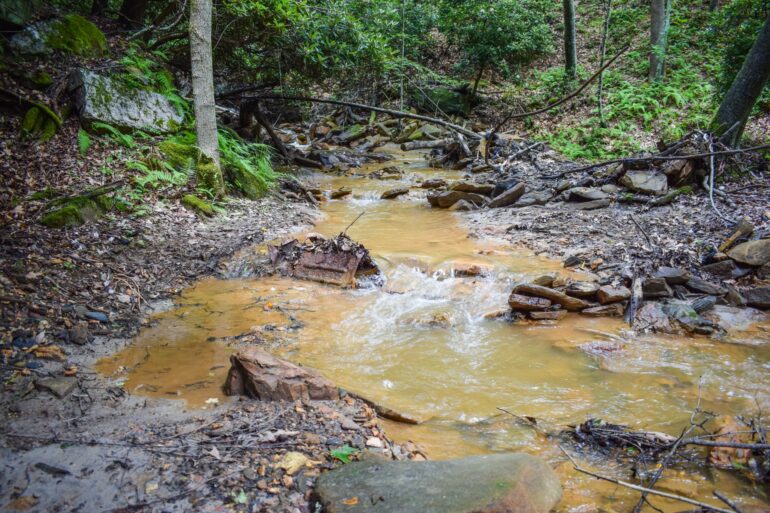 A new study investigates a novel process for lessening the negative environmental impact of coal mine drainage and extracting rare-earth elements from it, precious minerals needed to manufacture many high-tech devices.

“Rare-earth elements, like yttrium, for example, are necessary components of electronics, computers, and other gadgets that we use every day,” said Jeff Bielicki, co-author of the study and an associate professor in civil environmental and geodetic engineering and the John Glenn College of Public Affairs at The Ohio State University.

The study, published in the journal Environmental Engineering Science, assesses an experimental process patented by the team that was shown to successfully clean coal mine drainage while producing rare-earth elements in samples from various rivers across Ohio, Pennsylvania, and West Virginia.

“One thing that surprised me was just how well our process cleans up the water,” said Bielicki. “From an environmental standpoint, the major benefit of this work is that we’re successfully trapping and neutralizing so much pollution.”

When abandoned coal mines leak water, the subsequent drainage can pollute thousands of miles of natural waterways, turning them orange, and can cause great injury to the ecosystem.

Although the rare-earth elements that are derived from coal mine drainage are in increasingly high demand, viable natural deposits of these minerals are found in only a few areas around the world, meaning that only a few countries can provide them.

For example, much of the Western world, including the United States, relies on China to supply about 80% of these critical resources. As a result, many government agencies seek to reduce this dependence by establishing a domestic supply of rare-earth elements, especially because getting them out of the ground can cause immense environmental and social harm, Bielicki said.

“By sourcing these materials from other countries, we don’t really have any oversight of the environmental consequences of how they’re mining and producing the materials,” he said. “Domestic production is good in a variety of ways, in part because we can have regulations that better protect the environment and the people in the communities from where we get them.”

According to the study, passive approaches tend to require fewer resources and have fewer environmental impacts. The Ohio State team used a passive system employing a combination of alkaline industrial by-products, including materials like water treatment plant sludge, to neutralize the coal drainage and capture the rare-earth elements.

“It’s designed to let the natural seepage of coal mine drainage percolate through the material to trap and extract it,” said Bielicki. The average time it takes to rid water of waste often varies, because the process largely depends on how quickly water flows out from the mine.

The process captured a variety of metals used in modern technology, including terbium, neodymium and europium, which play critical roles in phone displays, batteries, microphones, speakers and other parts.

The process is currently more costly than the current market price of rare metals, but further advances will bring the price down, Bielicki said.

Bielicki said he hopes their research will inform future policy surrounding coal waste disposal and help the public to examine the environmental repercussions of mining outside of typical costs, like its impact on human health and the ecosystem at large.

“Nothing we do to our environment is benign, so while shifting away from coal and other fossil fuels is beneficial in several different dimensions, we need to effect these transitions in ways that address a larger sphere of issues than just cost,” he said. “Our research is a vital step in addressing the legacies of those environmental and social consequences.”

Other Ohio State co-authors of the study were Marcos Miranda, Soomin Chun, and Chin-Min Cheng. Other members of the team include Ohio State professors John Lenhart and Tarunjit Butalia.