Virtual conferences are better for the environment and more inclusive 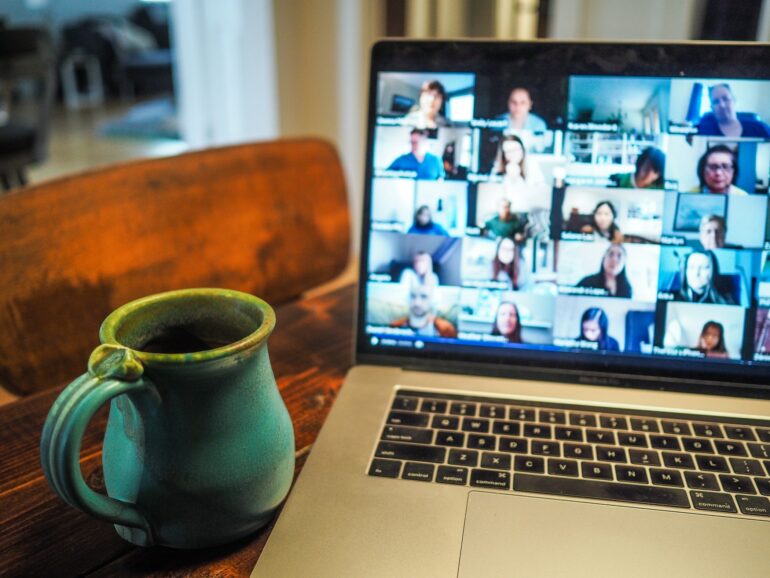 The COVID-19 pandemic brought work travel and in-person conferences to a halt, but new research finds this shift has made it easier for more people who could not previously attend these events to participate and lowered their environmental footprint.

A research team led by engineers from The University of Texas at Austin analyzed several science conferences that first went virtual during the early months of the pandemic. In a new paper, published today in Nature Sustainability, the researchers examined the environmental, social and economic costs of virtual conferences compared with in-person events and analyzed how the shift online altered participation by women, early-career researchers and scientists from underrepresented institutions and countries.

The study found that virtual events lower costs and reduce time and travel commitments that have previously held some conferences back from attracting diverse groups of attendees. Also, the environmental costs of hundreds or thousands of people flying from around the world to attend a conference are eliminated.

“When we went virtual, it brought a lot more voices to the table that just weren’t able to be there for in-person events because of cost, time and other reasons,” said Kasey Faust, an assistant professor in the Cockrell School of Engineering’s Department of Civil, Architectural and Environmental Engineering.

In addition to cost, in-person events also require tremendous investments in time. These events require travel, often last multiple days, and take up all of attendees’ time while they are there.

This can be a major challenge, particularly for women. For many younger workers, this period of life tends to fall around the time many are having children. This makes getting away to conferences challenging for women, said Faust, who also has two young children.

The scale of the climate impact is also staggering. The researchers estimate that just a single attendee of an in-person conference in 2019, averaged over the conferences analyzed, had the same environmental footprint as 7,000 virtual conference attendees.

The researchers said virtual events open up opportunities for greater international participation, which is limited by cost and travel documentation. For instance, one woman in the study who is a mother of small children said that she did not have the needed travel documents to travel outside her country, keeping her from attending conferences around the world.

“She could network more than she has ever networked in the last year, and that never would have happened with an in-person conference,” said Manish Kumar, an associate professor in the Department of Civil, Architectural and Environmental Engineering.

The study found many benefits to virtual conferences, but challenges remain. Among them are a lack of engagement and missing out on in-person networking. Approximately 75% of attendees at one scientific conference and 96% at another said they preferred in-person networking, and that virtual sessions felt inauthentic and contrived.

In-person conferences are beginning to return, but the researchers expect many events to create hybrid offerings, potentially at lower prices.

“Tech companies are already doing this with their events,” Kumar said. “Smart people will hybridize their events at least to some extent.”


Citation:
Virtual conferences are better for the environment and more inclusive (2021, December 9)