Why rivers matter for the global carbon cycle 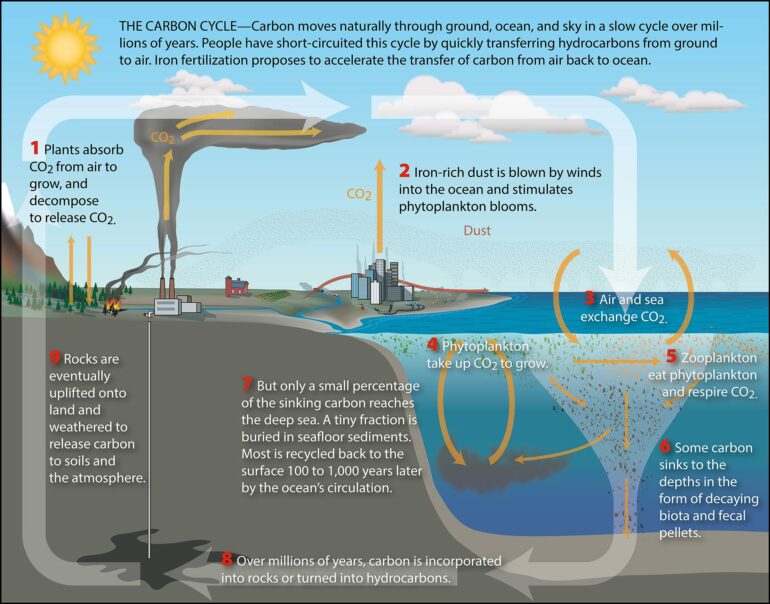 In a new journal article, EPFL professor Tom Battin reviews our current understanding of carbon fluxes in the world’s river networks. He demonstrates their central role in the global carbon cycle and argues for the creation of a global River Observation System.

Until recently, our understanding of the global carbon cycle was largely limited to the world’s oceans and terrestrial ecosystems. Tom Battin, who heads EPFL’s River Ecosystems Laboratory (RIVER), has now shed new light on the key role that river networks play in our changing world. These findings are outlined in a review article commissioned by and published in Nature.

Battin, a full professor at EPFL’s School of Architecture, Civil and Environmental Engineering (ENAC), persuaded a dozen experts in the field to contribute to the article. For the first time, their research combines the most recent data to demonstrate the critical importance of river ecosystems for global carbon fluxes—integrating land, atmosphere and the oceans.

In their article, the authors highlight the role of the global river ecosystem metabolism. “River ecosystems have a much more complex metabolism than the human body,” explains Battin. “They produce both oxygen and CO2 through the combined effect of microbial respiration and plant photosynthesis. It’s important to fully appreciate the underlying mechanisms, so that we can evaluate and quantify the impact of the ecosystem metabolism on carbon fluxes.”

Pierre Regnier, a professor at Université Libre de Bruxelles (ULB) and one of the contributing authors, adds, “Understanding river ecosystem metabolism is an essential first step towards better measuring the carbon cycle, since this metabolism determines the exchange of oxygen and greenhouse gases with the air. Scientists already have recent aggregate estimates for lakes, coastal environments and the open oceans. Our research adds the missing piece to the puzzle, paving the way to a comprehensive, integrated, quantified picture of this key process for our ‘blue planet.'” The researchers arrived at their findings by compiling global data on river ecosystem respiration and plant photosynthesis.

Their findings point to a clear link between river ecosystem metabolism and the global carbon cycle. While routing water toward the oceans, river ecosystem metabolism consumes organic carbon derived from terrestrial ecosystems, which produces CO2 emitted into the atmosphere. Residual organic carbon that is not metabolized makes its way into the oceans, together with CO2 that is not emitted into the atmosphere. These riverine inputs of carbon can influence the biogeochemistry of the coastal waters.

Battin and his colleagues also discuss how global change, particularly climate change, urbanization, land use change and flow regulation, including dams, affect river ecosystem metabolism and related greenhouse gas fluxes. For instance, rivers that drain agricultural lands receive massive amounts of nitrogen from fertilizers. Elevated nitrogen concentrations, coupled with rising temperatures owing to global warming, can cause eutrophication—a process that leads to the formation of algal blooms. As these algae die, they stimulate the production of methane and nitrous oxide, greenhouse gases that are even more potent than CO2. Dams can also exacerbate eutrophication, potentially leading to even higher greenhouse gas emissions.

The authors conclude their article by underlining the necessity for a global River Observing System (RIOS) to better quantify and predict the role of rivers for the global carbon cycle. RIOS will integrate data from sensors networks in the rivers and satellite imagery with mathematical models to generate near-real time carbon fluxes related to river ecosystem metabolism.

“Thereby, RIOS would serve as a diagnostic tool, allowing us to ‘take the pulse’ of river ecosystems and respond to human disturbances,” says Battin. “River networks are comparable to our vascular systems that we monitor for health purposes. It is time now to monitor the health of the world’s river networks.” The message couldn’t be clearer.


Citation:
Why rivers matter for the global carbon cycle (2023, January 19)