Researchers flip the switch on electric control of crystal symmetry 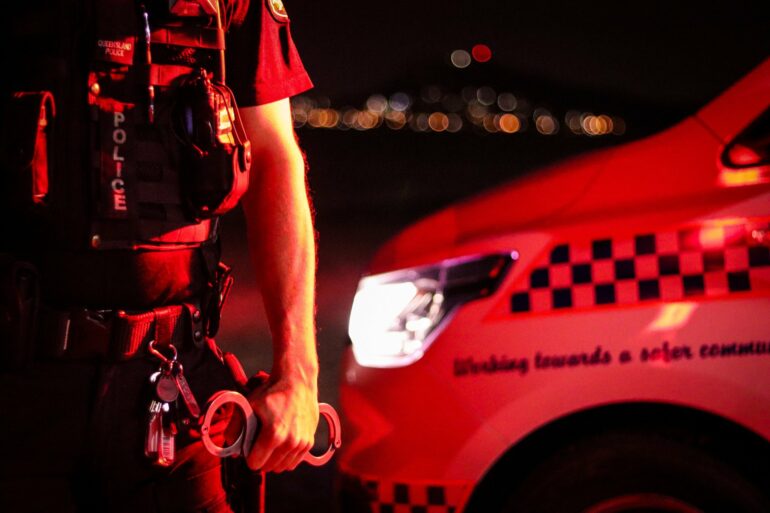 By bringing together the right materials duking it out, a Cornell-led collaboration has for the first time used voltage to turn on and off a material’s crystal symmetry, thereby controlling its electronic, optical and other properties—a discovery that could have a profound impact on building future memory and logic devices.

The group’s paper, “Non-Volatile Electric-Field Control of Inversion Symmetry,” was published Dec. 19, 2022, in Nature Materials. The paper’s co-lead authors are former postdoctoral researcher Yu-Tsun Shao, now a professor at the University of Southern California, and Lucas Caretta of University of California, Berkeley.

The technique is made possible by leveraging the rivalry between the atomic arrangements of two materials: bismuth ferrite and terbium scandate.

“We like to arrange a boxing match between different materials that compete with each other, and at their interface, they’re having a nice struggle,” said co-senior author Darrell Schlom, the Herbert Fisk Johnson Professor of Industrial Chemistry in Cornell Engineering.

“We make each material just a few atomic layers thick so they can have great influence on each other, and then make slight adjustments to the thicknesses of the layers to make it an even match. When neither layer dominates and suffers significant perturbation from the other material, interesting things can happen. By setting up this frustration, this tug of war or boxing match, the emergent phenomenon turned out to be electrical control of symmetry, which is unheard of, and we’re really excited about it.”

Schlom’s team used molecular-beam epitaxy to create a sandwich of alternating layers of bismuth ferrite—a ferroelectric with the highest polarization of any known material—and terbium scandate, which is not a ferroelectric. Next, Shao and co-senior author David Muller, the Samuel B. Eckert Professor of Engineering, used their lab’s electron microscope pixel array detector (EMPAD)—which is capable of seeing atoms at record resolution—to understand the atomic structure of the sandwich of layers and its polar and nonpolar phases.

“To robustly image this material is quite tricky because systematic artifacts occur when the atoms don’t line up perfectly along a column,” Shao said. “We had to develop a new imaging mode using the EMPAD to decouple the structural information from those errors.”

A group led by co-senior author Ramamoorthy Ramesh at UC Berkeley and Lawrence Berkeley National Laboratory then determined how to electrically switch on and off its inversion symmetry.

Control of such symmetry is an important feature because the behavior of all solid materials is determined by the specific arrangement of their atoms. Inversion symmetry is essentially the characteristic of an object that can be turned inside out without changing its properties, such as a bag or balloon, whereas a left-handed glove that is reversed becomes right-handed and its symmetry is broken.

“Generally, symmetry influences properties. So to be able to control symmetry with an electric field is really powerful,” Schlom said. “It could influence lower-power microelectronics in the area of logic and memory. Because these things don’t forget when you turn off the voltage. It’s nonvolatile. So it wakes up and it knows exactly what state it’s in.”

Bismuth ferrite is usually an insulator, but applying an electric field to the superlattice changes its resistivity by five orders of magnitude, turning it into a semiconductor. The technique also generates changes in the material’s nonlinear optical response of over three orders of magnitude and can “erase” its polarization.

Until now, voltage has almost always broken or removed symmetry. The researchers say it’s unprecedented to find a system that can also turn it on or bring it back.

The team is hopeful the electrical control of symmetry will lead to discoveries in other areas.