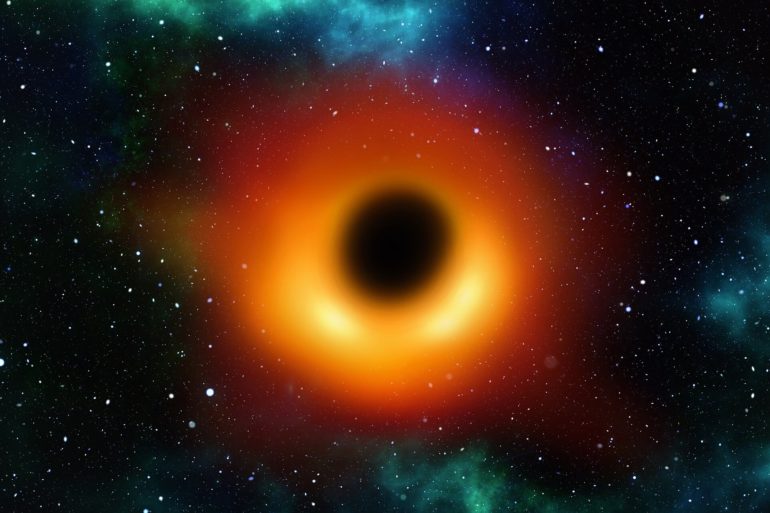 A 50-year-old theory that began as speculation about how an alien civilization could use a black hole to generate energy has been experimentally verified for the first time in a Glasgow research lab.

In 1969, British physicist Roger Penrose suggested that energy could be generated by lowering an object into the black hole’s ergosphere—the outer layer of the black hole’s event horizon, where an object would have to move faster than the speed of light in order to remain still.

Penrose predicted that the object would acquire a negative energy in this unusual area of space. By dropping the object and splitting it in two so that one half falls into the black hole while the other is recovered, the recoil action would measure a loss of negative energy—effectively, the recovered half would gain energy extracted from the black hole’s rotation. The scale of the engineering challenge the process would require is so great, however, that Penrose suggested only a very advanced, perhaps alien, civilisation would be equal to the task.

Two years later, another physicist named Yakov Zel’dovich suggested the theory could be tested with a more practical, earthbound experiment. He proposed that “twisted” light waves, hitting the surface of a rotating metal cylinder turning at just the right speed, would end up being reflected with additional energy extracted from the cylinder’s rotation thanks to a quirk of the rotational doppler effect.

But Zel’dovich’s idea has remained solely in the realm of theory since 1971 because, for the experiment to work, his…