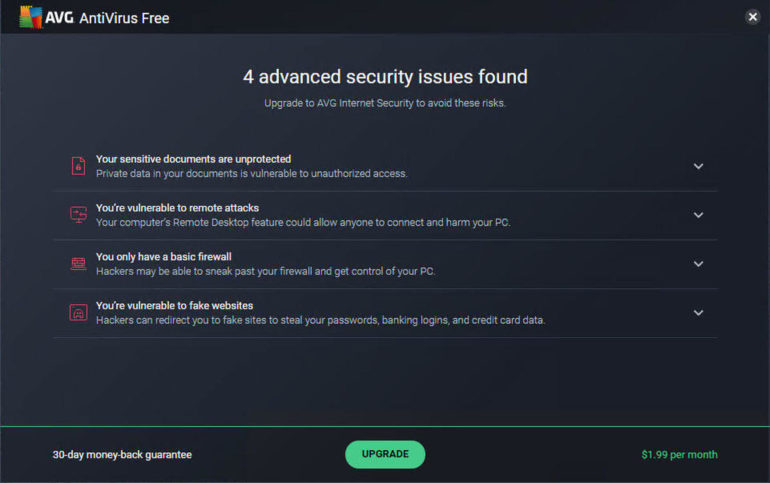 If you use a Windows PC, do you really need third-party antivirus software? For that matter, do you need to pay for the protection? The answer to that question was easy a decade ago. Today, the built-in security features in Windows 10, including the Microsoft Defender Antivirus engine, pass the “good enough” test, making the choice less clear-cut.

But for some picky PC users, replacing the basic built-in antivirus protection with software from an outside developer is just natural when setting up a new Windows PC. Even if the difference is small, it’s still an improvement. In a world where ransomware is an existential threat to businesses and banking-related Trojans and phishing attacks can drain your checking account in minutes, you want every edge.

The best-known commercial antivirus programs for Windows typically require an annual paid subscription, but some perfectly respectable names also distribute free versions of their software, usually for noncommercial use only. Typically, these programs include the exact same scanning engines and malware definition files, minus most of the fancier features and, crucially, offering minimal support options. You can also expect frequent, occasionally annoying upsell offers as the developers try to convince you to upgrade to a paid plan.

All of the programs we list here are completely free and are appropriate for use in a home setting by nontechnical users. We don’t recommend any of these programs for use by businesses, which need quick access to support lines and, in larger businesses, centralized management and monitoring dashboards. These are especially good choices if you’re the unofficial IT admin for friends and family members who can’t always spot a scam or a phishing attempt. 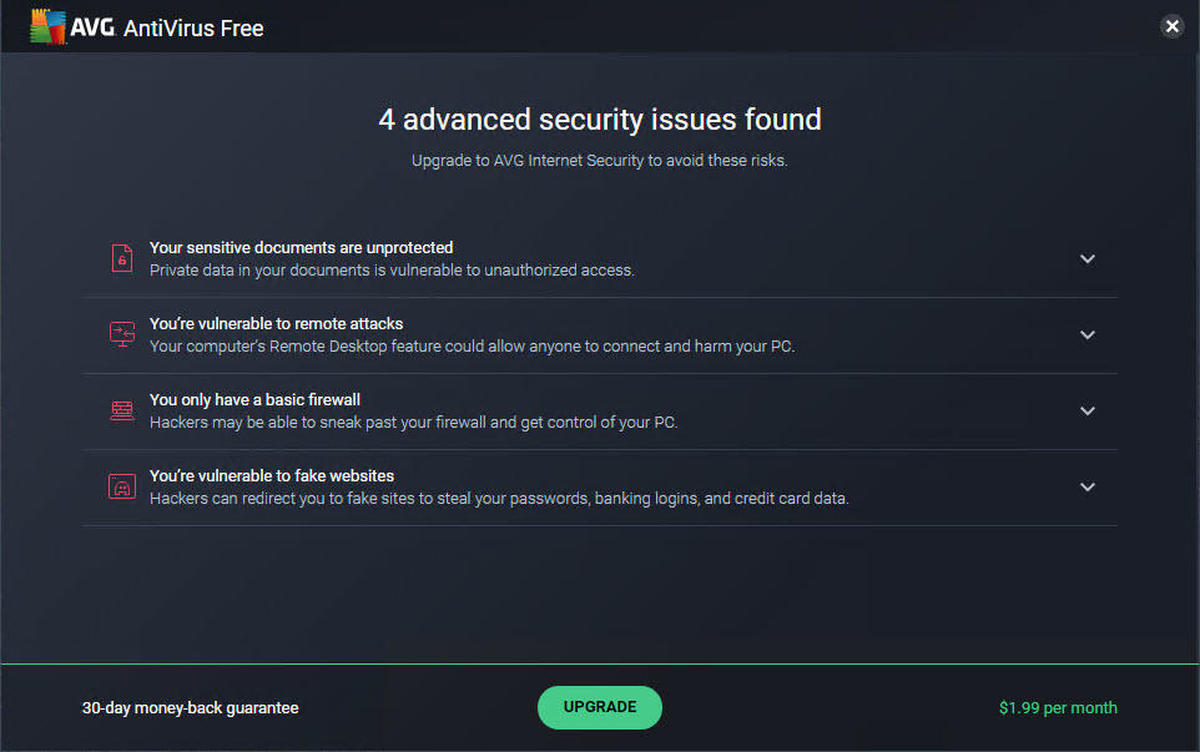 After nearly a quarter-century with its free product in the US market, AVG has developed a solid identity as the go-to name in free AV software. Indeed, the AVG brand remained even after AVG’s parent company was acquired by Avast Software in 2016. Today, both Avast and AVG have free antivirus offerings that use the same engine and are nearly identical in appearance, and everything we say about AVG’s free package applies to Avast Free Antivirus.

Both products do well in independent testing, but they’re equally aggressive about monetizing their customers. When you install the free product, you sign up for a barrage of offers trying to convince you to upgrade to a paid plan. The installer even includes an offer to install Google Chrome, which results in a bounty from Google to Avast/AVG. We found the torrent of upsell techniques to be annoying and occasionally downright manipulative, so be warned.

The basic virus-scanning tools in either product work exactly as advertised. If you can ignore the frequent upgrade offers, it’s a perfectly good choice.


Antivirus and much more (maybe too much) 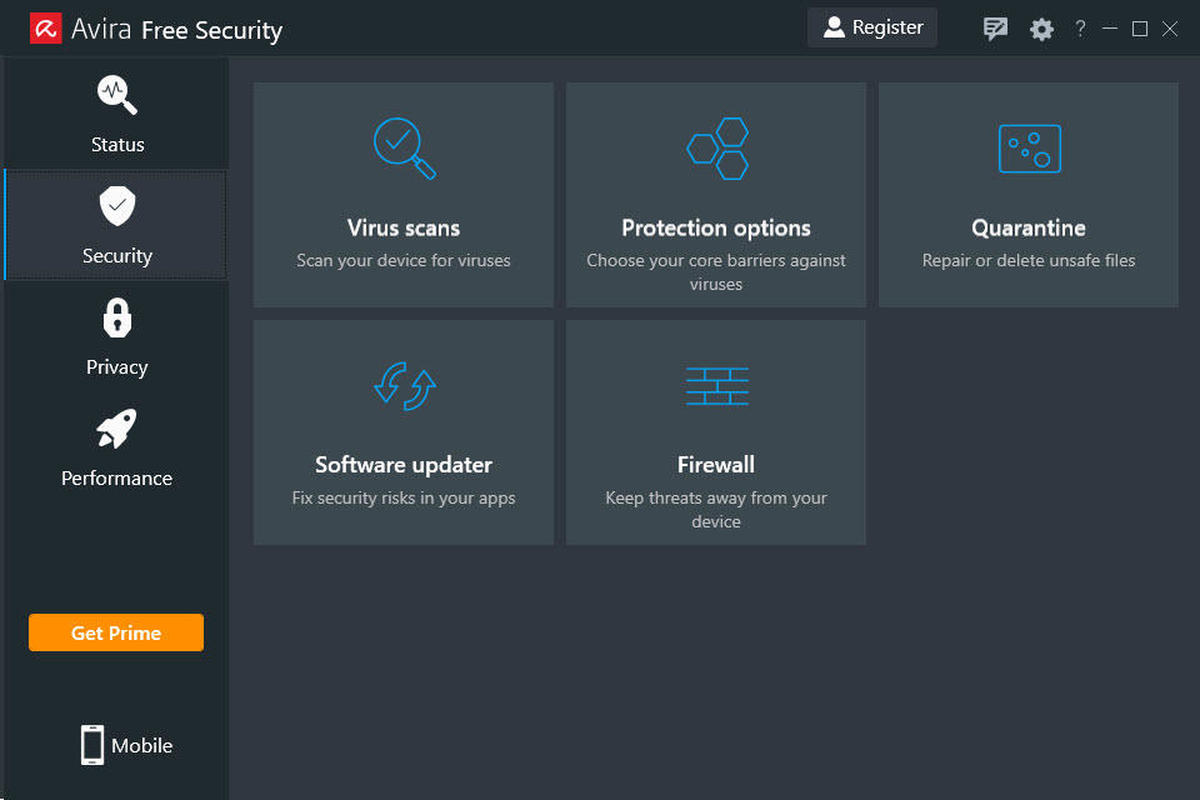 Avira Free Security includes basic antivirus scanning, as expected, but it also includes a pair of extra modules intended to improve performance and safeguard privacy. The performance tab of the Avira console includes options for cleaning the registry, uninstalling outdated apps, and deleting unnecessary files. Options on the Privacy tab offer to turn off telemetry-related settings and adjust other settings.

If you’re the sort of tech-savvy Windows user who approves of that sort of tweaking, go right ahead. On the other hand, we recommend caution if you’re setting up this software on a PC that belongs to a user who’s not technically sophisticated, because in our experience these sorts of modifications can have unintended consequences. 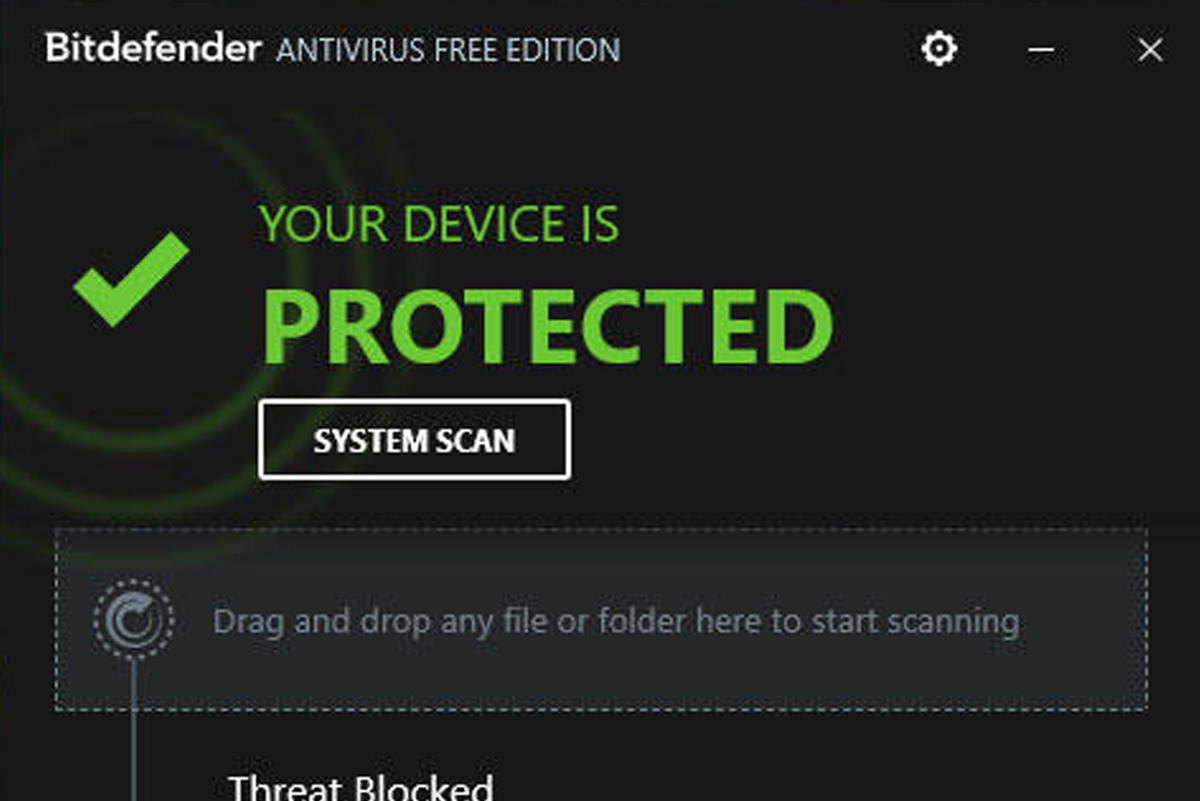 Bitdefender, a privately held company based in Romania, has a solid reputation for its paid security products. Its free offering includes a minimalist interface, with no frills or extras, that’s refreshingly free of upsell offers.

Bitdefender Antivirus Free promises “basic antivirus protection for Windows PCs,” and that’s exactly what you get. It takes over the malware scanning and removal functions normally assumed by Microsoft Defender Antivirus but doesn’t include additional features such as ransomware protection, system optimization, or a virtual private network, which are part of the company’s paid plans.

If that basic level of protection is what you’re looking for, this is a perfect fit.


From Russia, with a few extras

Eugene Kaspersky, who founded Kaspersky Lab, argues that offering free protection to its customers is part of its core mission. Yes, you will see upsell offers in Kaspersky products (including a can’t-miss red “Upgrade package” button on the Kaspersky management console), but they are, by and large, much kinder and gentler than those of their competitors. For the most part, installing the free Kaspersky product doesn’t change your daily experience.

Kaspersky’s free product includes two of the more useful extras we’ve seen in this category: a free password manager and a VPN that offers 300 MB of daily use. If someone’s not already using a third-party password manager, this is a good option, and the VPN capabilities are valuable for anyone who wants casual access to a protected network without a lot of fuss.

Like so many security software companies, Kaspersky’s headquarters are behind the old Iron Curtain. If that bothers you, good luck finding an alternative that doesn’t have a few Eastern European connections.


Manage up to three PCs from the web 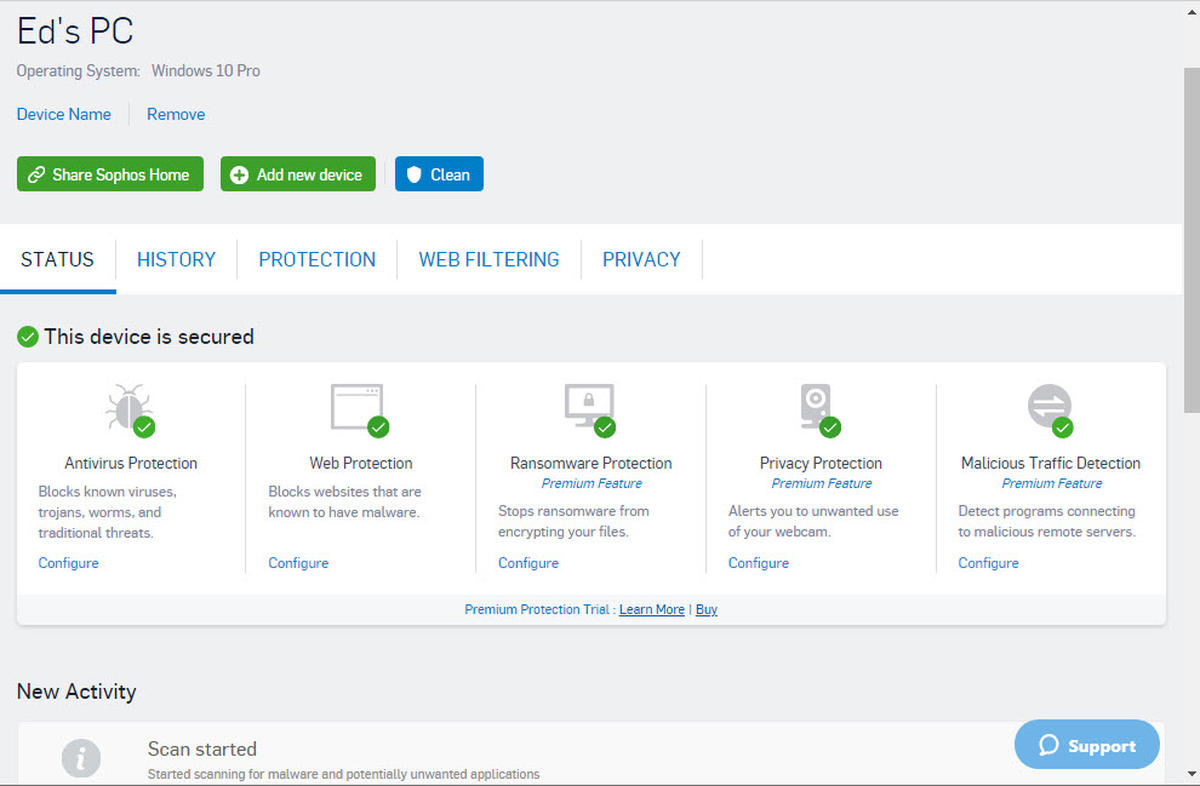 Although Sophos Home offers a free tier, you can’t install it directly. Instead, you get a free 30-day trial of Sophos Home Premium first (no credit card required). After 30 days, your installation is downgraded to the free edition and you lose the ransomware protection, exploit mitigation, privacy controls, and other features that are exclusive to the paid package.

Using the web-based console means you can monitor activity and even launch a scan remotely. (The paid version allows you to keep track of 10 PCs, but the free version is limited to three devices.) That feature’s handy if you’re trying to keep tabs on PCs belonging to other family members who aren’t part of your immediate household. The free version also includes web filtering tools that allow you to provide warnings or block access to websites that fall into any of more than two dozen categories, with the option to enter exceptions in the case of false positives.

Is the Microsoft Defender Antivirus included with Windows 10 good enough?

For most people, the built-in security features in Windows 10 are indeed good enough, That includes Microsoft Defender Antivirus, which is tuned on automatically and updates itself continuously. It also includes a built-in firewall (which is on by default) and Microsoft Defender SmartScreen technology, which blocks malicious or unknown apps and files form the web, even when they’re downloaded from a browser other than Microsoft Edge. If you choose to install third-party security software, Windows automatically disables the corresponding Microsoft Defender features.

Security software makers pay for the privilege of participating in these tests, which use a mix of known malware samples, suspicious website behaviors, and other indicators to measure success. The difference between a 98.4% rating and a 100% rating is insignificant, especially considering how many other layers of security can prevent an executable file or script from landing on your desktop in the first place.

In addition, a 100% rating means only that the software successfully passed all the challenges it faced in that month’s test cycle. It doesn’t mean you’ll be 100% protected from a malicious download or email attachment.

How much does effective antivirus software cost?

In researching the prices of commercial security software for use on home PCs, on thing we learned is that there’s no such thing as a fixed price. If you check out the price of a product and try to navigate away from the page, chances are you’ll be offered a lower price. You can also find coupons and “limited time” offers that dramatically cut the cost of a year’s subscription to one of these packages.

The catch, of course, is that the discount is only good for the first year, and when renewal time comes around, those discounts are much harder to find.

The overall prices vary dramatically, depending on which features are included and how many devices the subscription supports.

How we narrowed the field

We looked at currently available security software products for PCs running Windows 10, concentrating on those with a well-established reputation and a well-tested infrastructure for delivering updates. We did not consider software designed for use on other platforms, including MacOS and mobile devices.

We installed each program in a virtual machine to get a feel for its user experience, but we didn’t do any further testing ourselves. We insisted, instead, on a solid record of test results from two leading software test labs: AV-Comparatives and AV-Test.org.

Most importantly, as it says in the title, the software and accompanying services have to be completely free for long-term use, with no expiration date or hidden costs. That filter knocks some well-known, even iconic names in security software off the list, including McAfee, Norton, and Trend Micro.

Every security software package involves a trade-off between protection and convenience. The free packages we describe here add another layer to that equation, with varying degrees of advertising designed to convince you to upgrade your free program to a paid subscription. Each package also offers a mix of added features, which may or may not be of value to you.

In terms of effectiveness against online threats, we don’t believe there’s a profound difference between these packages. That means the best way to choose is to install a package and try it out for long enough to decide whether the interface and the upsell offers are acceptable. If you find a package too intrusive, uninstall and move on to the next candidate on the list.