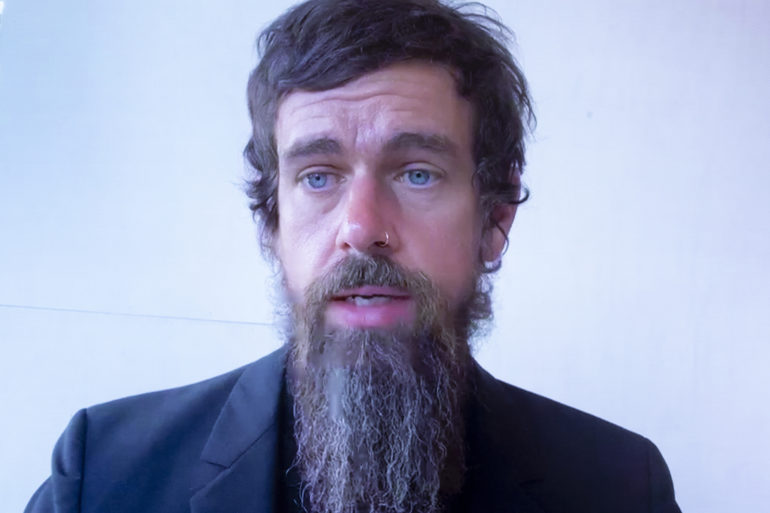 After setting ambitious user growth and revenue goals last month, Twitter is gearing up for what could be its most transformative period ever.

After CEO Jack Dorsey’s leadership came under scrutiny last year by activist investors, Twitter has ramped up its development of new features, introducing numerous changes and gearing up for even more. This change comes as the company reels from the era of former President Donald Trump, who was finally booted off of the service in January.

As it enters into a new stage, this is who leads Twitter in 2021.

Despite being CEO, Dorsey often comes off as checked out from Twitter. Blame his dual role as CEO of Square, his tendency to take off for weeks at a time on meditation retreats, his talk of moving to Africa and his peculiar looks, which include tattoos, piercings and a wizard-like beard. One recent example came when the platform decided to ban Donald Trump permanently — Dorsey was reportedly on vacation on an island in French Polynesia when the fateful decision was handed down.

People at Twitter say Dorsey is anything but checked out. He is known for empowering his lieutenants and engaging with them on major issues, as well as tending to smaller details that wouldn’t typically be expected out of a CEO, such as writing his own remarks before testifying in front of Congress.

Dorsey helped invent Twitter in 2006 while working as one of the few employees at Obvious Corporation, the company that preceded it. Dorsey was Twitter’s original CEO but was forced out in 2008, then returned to Twitter’s helm as interim CEO in June 2015. He was named permanent CEO a few months later.

Dorsey’s leadership came under fire in early 2020 when activist hedge fund Elliott Management initiated a campaign to remove him as CEO. The challenge was resolved when Twitter struck a deal with Elliott Management and Silver Lake, giving each investment firm a seat on the board.

Since then, Twitter has ramped up its product development, notably launching ephemeral Fleets in 2020 and testing a virtual audio room feature called Spaces.

More importantly, the company last month announced ambitious goals of doubling its revenue to at least $7.5 billion and hitting 315 million monetizable daily active users (mDAUs) by the end of 2023.

Unlike many CFOs, Segal is an active leader for the company and one of its most outspoken executives. Segal is a common presence at all-hands meetings, and externally, he is one of the company’s best communicators, both on his Twitter account and at earnings and other company events.

Prior to Twitter, Segal was senior vice president of finance for Intuit’s small business group and he was CFO at RPX, a patent risk management services company. That experience with finance, technology and the combination of the two makes him an ideal tech CFO.

Segal may have most proven his worth in 2020, playing a critical role in brokering the deal with Elliott Management, a former employee said.

As the highest ranking woman at Twitter, Gadde is responsible for handling some of the company’s most difficult tasks, including legal matters and anything related to public policy and trust and safety on the platform. That means that if the company is having problems with harassment, misinformation or Washington, Gadde’s people are handling it.

Gadde is said to loathe public speaking but over the past year has stepped up more. In particular, Gadde has ramped up use of her Twitter account to announce and explain the company’s decisions regarding public policy.

She played a crucial role in determining what to do with the account of former President Donald Trump following the Jan. 6 insurrection at the U.S. Capitol. The company ultimately decided to permanently ban Trump.

Former employees say Gadde does not have final say on what the company decides to do in regards to its policies. Dorsey retains that power. But 99% of the time, Dorsey goes with Gadde’s recommendations, former employees said.

Agrawal is one of Twitter’s top tech executives. He is in charge of strategy involving artificial intelligence and machine learning, according to his bio.

Agrawal is leading Project Bluesky, an independent effort to build an open standard for social media. That means creating technology and protocols that would allow content posted on one social media service to work across multiple social networks, similar to how emails can be read by any email service.

Bluesky is a priority and visionary project for Dorsey, former employees said. That is why he entrusted its leadership to Agrawal.

Montano is Agrawal’s right-hand man, and now that the overhaul is done, Montano is focused on hiring more experienced executives to lead Twitter’s fast-growing engineering organization so it can build even faster, one employee told CNBC.

As product lead, Beykpour is in charge of the strategy and development of Twitter’s features and products. he joined Twitter through the company’s 2015 acquisition of Periscope, an app that allows users to livestream from their smartphones.

Under Beykpour’s leadership, Twitter has created some of the most revolutionary product changes in company history.

The company last year launched Fleets, which are full-screen images and videos that disappear from users’ pages after 24 hours, much like Stories on Snapchat and Facebook’s Instagram. The company has also begun publicly testing Spaces, which are virtual audio rooms where users can congregate for live conversations, similar to the popular app Clubhouse. Looking ahead, Beykpour announced that Twitter will begin testing subscription features that will allow creators to post exclusive content for their paying followers.

While Beykpour leads the software development of Twitter’s user products, Falck is his counterpart for products that are used by marketers. His team is tasked with creating the tools that the company’s clients use to run ads on Twitter and target them to the service’s users.

Falck’s team recently revamped Twitter’s mobile application promotion. MAP is used by marketers to run direct-response ads on Twitter, which is a pool of ad dollars that the company has barely tapped into. The output of Falck’s team will be crucial to Twitter reaching its goal of doubling its annual revenue by the end of 2023.

While Falck makes the ad products, Derella is the one who brings in the clients who use them. As Twitter’s customers lead, Derella heads the company’s customer-facing organization, including the sales group and the partnerships teams. Derella’s responsibilities include coming up with Twitter’s sales strategy and bolstering revenue.

Davis leads the team that decides how the company’s products look, and is responsible for the teams that do product research to determine what kind of products the company should build next and how consumers are using the company’s products, an employee said. Before Twitter, Davis led product design for Facebook’s Stories, News Feed and video features, according to his executive bio. He previously worked at Netflix.

The longest-tenured person on the executive team after Dorsey is Berland, who heads the company’s marketing and people organizations, which includes communications, recruiting and human resources.

Berland often makes the rounds as a spokeswoman for the company, attending various conferences. She is also beloved by Dorsey, former employees said.

The latest addition to Twitter’s executive team is Zatko, who goes by “Mudge.” He was brought on in November to overhaul and improve the company’s cybersecurity. Mudge is a respected hacker in the cybersecurity world and has previously worked at Stripe and special projects at Google.

His hiring comes after Twitter endured an unprecedented hack in July, when many of the most-followed accounts, including those of then-candidate Joe Biden, Elon Musk and Bill Gates, were taken over by hackers who posted a scam asking for bitcoin.