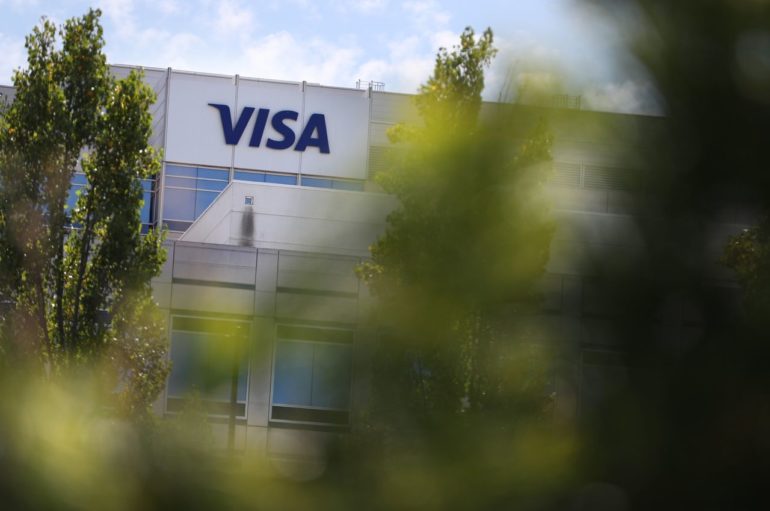 The Department of Justice is looking to block Visa’s planned acquisition of fintech start-up Plaid on grounds that it would limit competition in the payments industry.

U.S. attorneys for the DOJ outlined potential for the deal to extend a Visa “monopoly” on debit transactions. For antitrust reasons the $5.3 billion acquisition, which was announced in February, “must be stopped,” according to the complaint.

“By acquiring Plaid, Visa would eliminate a nascent competitive threat that would likely result in substantial savings and more innovative online debit services for merchants and consumers,” the Justice Department said in the complaint, which was filed in a Northern California federal court.

The DOJ cited Visa CEO Al Kelly’s description of the deal as an “insurance policy” to neutralize a “threat to our important US debit business.” Plaid is a San Francisco-based financial technology firm that uses APIs to connect consumer bank accounts to popular finance apps such as Venmo and Robinhood. It’s linked to more than 11,000 U.S. banks and according to the complaint, has been developing a product that could emerge as substitute for Visa’s debit services.

In a statement, Visa said it “strongly disagrees” with the Department of Justice, “whose attempt to block Visa’s acquisition of Plaid is legally flawed and contradicted by the facts.” Plaid declined to comment on the suit.

“This action reflects a lack of understanding of Plaid’s business and the highly competitive payments landscape in which Visa operates,” Visa said in a statement.

The U.S. attorneys pointed to Visa’s 70% share of the debit market in the U.S., and rival Mastercard’s inability to “gain significant share” or “restrain Visa’s monopoly.” They also highlighted the barriers to entry in building a new debit product.

“Visa rarely faces any significant threats to its online debit monopoly. Plaid is such a threat,” according to the lawsuit. “Plaid is planning to leverage that technology, combined with its existing relationships with banks and consumers, to facilitate transactions between consumers and merchants in competition with Visa.”

The DOJ outlined potential concerns with the deal last week with a complaint filed against Bain & Company, which worked as a consultant on the deal. The agency said Bain was withholding documents and “stymying” its investigation. The Wall Street Journal previously reported that the deal could face legal troubles.

Visa’s Plaid acquisition is one of many high-profile deals that could face pressure from the DOJ this year.

Credit Karma is reportedly in talks to sell its tax-preparation business to Square to fend off antitrust concerns, according to the Wall Street Journal. Intuit announced it would buy Credit Karma for $7 billion earlier this year, and also owns TurboTax. Regulators may have concerns that the combination would leave consumers for fewer choices in online tax filing. Mastercard announced it planned to buy Finicity, a Plaid competitor, for roughly $1 billion earlier this year.