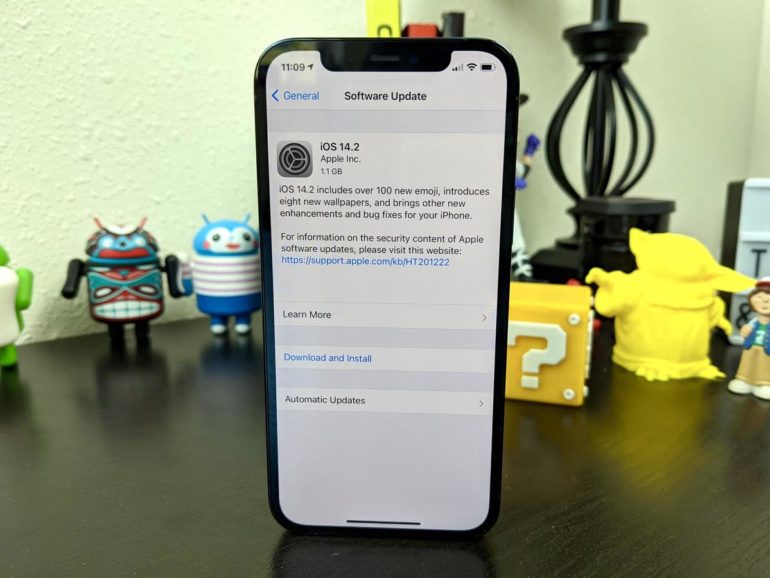 Apple on Thursday released iOS 14.2 and iPadOS 14.2 for its iPhone and iPad devices. The update includes several new features and bug fixes. According to the changelog, you can expect to find over 100 new emoji, ranging from new animals and household objects to food and musical instruments.

Also included in the update are eight new wallpapers, an option for optimized battery charging for AirPods. It’s a similar feature found in the iPhone right now, where the battery will charge to 80% until just before you normally take it off the charger when it then charges to 100%.

Apple announced a new Intercom feature for its HomePod and HomePod Mini that will allow users to broadcast messages across HomePods, iPhones and Apple Watches within a home. That feature is included in this update, a day before the HomePod Mini goes on sale.

The update also includes improvements to AirPlay, a feature built into Apple devices that makes it easy to share and control audio or video playback on AirPlay-compatible devices.

You can update your iPhone or iPad by going to Settings > General > Software Update > Download and Install.

Next week, Apple will hold another event where the company is expected to announce its first Mac computers powered by the company’s own Apple Silicon processors. We also expect Apple will announce the released date for MacOS Big Sur, the next version of MacOS.