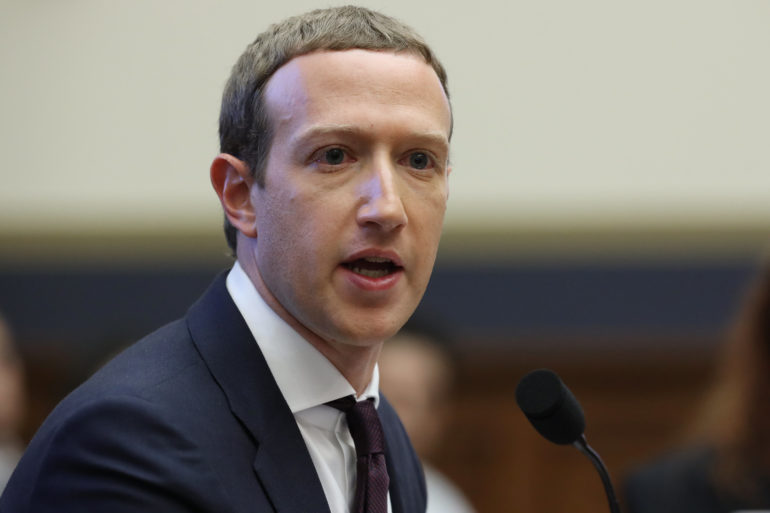 Despite a policy banning anti-vaccine messaging on its platform, as of Friday afternoon, Facebook continued to host profile picture borders that allow users to promote their anti-vax opinions.

After CNBC reached out for comment about one such frame claiming, “MY IMMUNE SYSTEM WORKS BETTER THAN THE” followed by a graphic of a syringe, a Facebook spokesperson confirmed the image had violated its policies and was removed. However, CNBC was quickly able to find at least a dozen other examples of profile picture frames that touted similar messages or at least toed the line of Facebook’s policy.

The spokesperson said Facebook is working to remove variations of the message from its frame options, which appear on top of users’ profile pictures. Hours after CNBC’s initial outreach, many of the frames are still available for users to add to their profiles.

CNBC was able to identify several similar frames to the one removed by simply by searching the word “immune” in Facebook’s profile picture frame feature. Many included blatantly anti-vaccine messages like “I TRUST MY IMMUNE SYSTEM! #NOTASHOT” and “F*** your Covid vaccine.”

U.S. government medical authorities have found that people who take the Covid-19 vaccines approved for use in the U.S. have significantly greater protection from Covid-19 compared to people who have not received the vaccines. Authorities have said that the benefits of those Covid vaccines made by Pfizer, Moderna and Johnson & Johnson, far outweigh the risks.

Other frames identified by CNBC clearly advocated against vaccines but did not explicitly use the word vaccine or shots.

One example of a frame that didn’t explicitly mention the vaccine said, “I HAVE AN IMMUNE SYSTEM! #MedicalFreedom” accompanied by, “My body My choice.” Another included the messages, “I TRUST MY IMMUNE SYSTEM” with “COVID-19 SURVIVOR” and “MY DNA MY CHOICE,” which appears to be a reference to the false claim by anti-vaccine advocates that vaccines can alter a person’s DNA (they cannot).

Some include emojis of syringes but no written language about the vaccine. For example, one frame identified by CNBC contained crossed-out images of syringes and the words, “I have an immune system.”

In Apps and WebSmartphones
on 5 October 20201 min read

Facebook did not immediately respond to a question about whether the use of emojis could enable a frame to evade being identified by its system as violating its policies. It also did not immediately provide details about how long the frames had been active and how many users added them or viewed them.

The spokesperson noted, however, that pro-vaccine frames have gained a lot of traction on Facebook.

“In countries where vaccines are available to most of the population, like the US and the UK, we ramped up our efforts to show people when their friends and neighbors share their support for vaccines through profile frames and stickers,” Facebook wrote in a blog post earlier this week. “More than 5 million people globally have used these profile frames. And more than 50% of people in the US on Facebook have already seen someone use the COVID-19 vaccine profile frames, which we developed in collaboration with the US Department of Health and Human Services and Centers for Disease Control and Prevention.”

Throughout the pandemic, Facebook and other social media companies have adopted policies cracking down on misinformation about both the virus and the vaccine. Facebook has a lengthy guide to the type of anti-vaccine content it bans from its site, which includes a prohibition on “Claims that something other than a COVID-19 vaccine can vaccinate you against COVID-19” and “promoting alternative treatments or natural immunity, celebrating those who refuse vaccination, and encouraging vaccine refusals without citing medical rationales or guidance.”