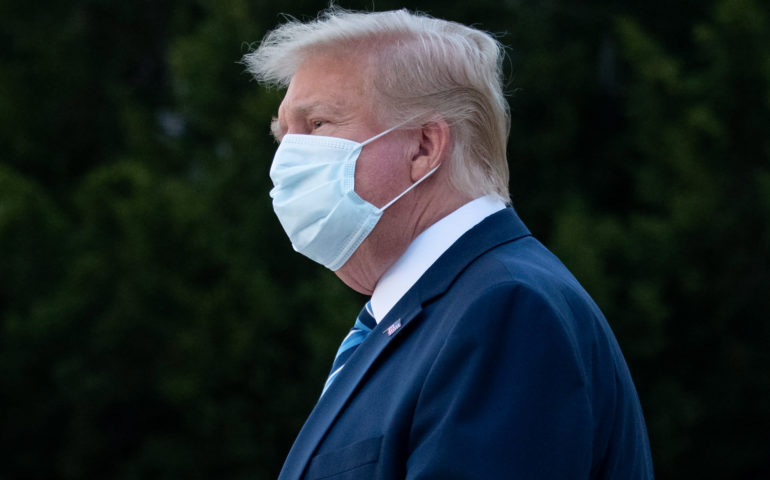 Facebook and Twitter on Tuesday took action against a post from President Donald Trump that falsely claimed the seasonal flu is more deadly than the coronavirus.

“As is standard with this public interest notice, engagements with the Tweet will be significantly limited,” a Twitter spokesperson told CNBC.

In the post, which was shared on both Facebook and Twitter, Trump said: “Flu season is coming up! Many people every year, sometimes over 100,000, and despite the Vaccine, die from the Flu. Are we going to close down our Country? No, we have learned to live with it, just like we are learning to live with Covid, in most populations far less lethal!!!”

“We remove incorrect information about the severity of Covid-19, and have now removed this post,” a Facebook spokesperson said in a statement to CNBC.

Section 230 of the Communications Decency Act allows online platforms to moderate and remove harmful content without being penalized.

In Apps and WebGamingSmartphones
on 21 July 20216 min read

In May, Trump signed an executive order targeting the legislation, claiming alleged “censorship” by the platforms. The order came shortly after Twitter added a fact-check label to his tweets for the first time.

The two social media platforms have sometimes been at odds when it comes to removing posts that violate their respective policies. Earlier this summer, Trump posted about protestors following the death of George Floyd, a Black man, at the hands of police. Twitter placed a label warning users about Trump’s violent rhetoric, while Facebook left the post up entirely.

Correction: The headline of this story has been updated to reflect that Twitter did not remove Trump’s tweet, but blocked it from being shared and hid it behind a warning label.