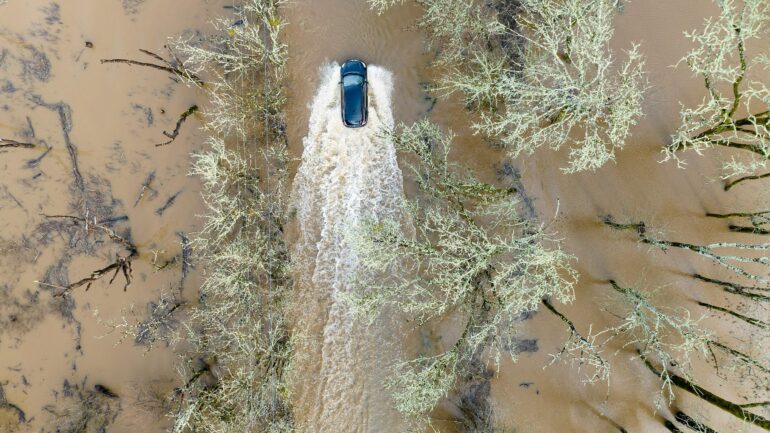 The extreme flooding and mudslides across California in recent weeks took many drivers by surprise. Sinkholes swallowed cars, highways became fast-moving rivers of water, entire neighborhoods were evacuated. At least 20 people died in the storms, several of them after becoming trapped in cars in rushing water.

As I checked the forecasts on my cellphone weather apps during the weeks of storms in early January 2023, I wondered whether people in the midst of the downpours were using similar technology as they decided whether to leave their homes and determined which routes were safest. Did they feel that it was sufficient?

I am a hydrologist who sometimes works in remote areas, so interpreting weather data and forecast uncertainty is always part of my planning. As someone who once nearly drowned while crossing a flooded river where I shouldn’t have, I am also acutely conscious of the extreme human vulnerability stemming from not knowing exactly where and when a flood will strike.

About two-thirds of flood-related fatalities in the U.S. are classified as “driving” and “in water.” If people had known the likelihood of flooding in those locations in real time – via a cellphone app or website – it’s possible some of these deaths could have been avoided.

Yet even emergency management personnel currently operate with surprisingly little information about when and where flooding is likely to strike. They know where flooding may occur, particularly along rivers. But each flood is different, and key questions, such as which roads can safely be used and which populations are exposed, still require firsthand observation.

I have been working with colleagues to develop a method that gets around the current roadblocks to that kind of forecasting. Using “probabilistic learning” – a type of machine learning – the method can create local flood hazard models that can pinpoint conditions street by street using real-time storm forecasts.

Computer programs that can predict what happens to rainwater after it hits the ground are the ultimate tools for predicting in real time where and when floods will strike.

However, such flood models require immense amounts of computing power. Currently there is no means to quickly predict flooding in real time just anywhere. The level of detail relevant to human decisions – representing buildings, evacuation routes or infrastructure assets – is out of reach.

To teach AI how to handle new situations, change the rules of the game

A second challenge is the high uncertainty in precipitation forecasts and many other inputs of flood models.