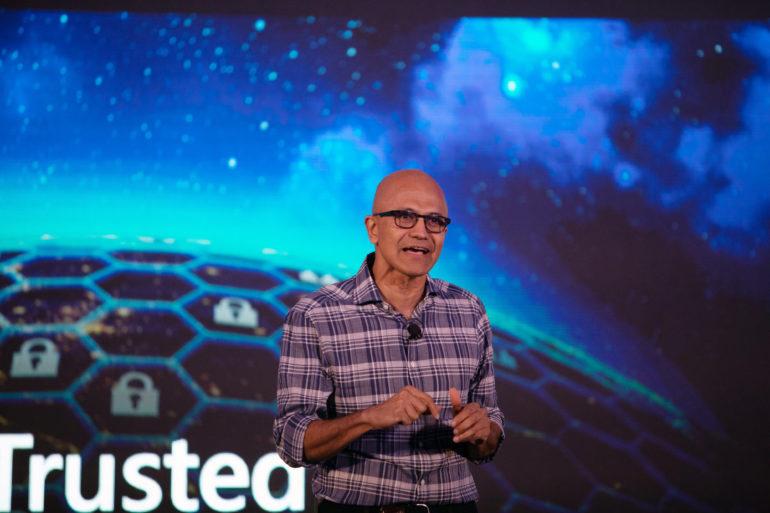 Microsoft is in advanced talks to acquire speech-recognition company Nuance Communications, a person familiar with the discussions told CNBC on Sunday. A transaction could be signed as early as Sunday and announced as soon as Monday, the person said.

Nuance would be more aligned with the part of Microsoft’s business that serves businesses and governments. Nuance derives revenue by selling tools for recognizing and transcribing speech in doctor’s visits, customer-service calls and voicemails. The company reported $7 million in net income on about $346 million in revenue in the fourth quarter, with revenue declining 4% on an annualized basis. Nuance was founded in 1992, with 7,100 employees as of September.

Microsoft first approached Nuance in December, the person said, and is willing to pay about $56 per share for Nuance, the person said. That would give Nuance an equity value of about $16 billion, representing a 23% premium over the stock’s Friday closing price of $45.58 per share.

Bloomberg reported on Microsoft’s plans to buy Nuance earlier on Sunday. Microsoft declined to comment. A Nuance representative didn’t immediately respond to a request for comment.

At $16 billion, Nuance would be Microsoft’s second largest acquisition, after the $27 billion purchase of LinkedIn in 2016.

Buying Nuance could expand Microsoft’s capabilities in voice software. Microsoft already has tools that developers can use to enable applications to transcribe speech into written words, and it incorporates speech recognition into its own products, such as the Bing search engine and the Teams communication app.

WATCH: Stock market cage match: Traders pit Apple and Microsoft against one another