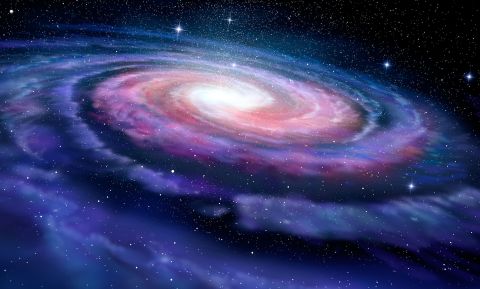 Astrophysicists have found a new region of the Milky Way, and it’s filled with searingly hot, bright-blue stars that are about to explode.

The researchers were creating the most detailed map yet of the star-flecked spiral arms of our galactic neighborhood with the European Space Agency’s (ESA) Gaia telescope when they discovered the region, which they have named the Cepheus spur, they reported in a new study.

Nestled between the Orion Arm – where our solar system is – and the constellation Perseus, the spur is a belt between two spiral arms filled with enormous stars three times the size of the sun and colored blue by their blistering heat.

Astronomers call these giant, blue stars OB stars due to the predominantly blue wavelengths of light that they emit. They are the rarest, hottest, shortest-living, and largest stars in the entire galaxy.

The violent nuclear reactions taking place inside their hearts make them six times hotter than the sun. And the enormous stellar explosions that end their lives  – called supernovas – scatter the heavy elements essential for complex life far into the galaxy.

“OB stars are rare, in a Galaxy of 400 billion stars there might be less than 200,000,” study co-author Michelangelo Pantaleoni González, a researcher at the Spanish Astrobiology Center (CAB), told Live Science.

“And as they’re responsible for the creation of a lot of the heavy elements, they can really be seen as the chemical enrichers of the galaxy. It’s because of stars like these, dead long ago, that the geochemistry of our planet was complex enough for biochemistry to arise.”

Wherever we find blue stars, we find the most active and most “alive” regions of the galaxy, according to the researchers.

The researchers compiled their star map by triangulating the stars’ distances to Earth using a technique called stellar parallax.

By comparing the apparent positions of the stars, observed from different perspectives during Earth’s orbit around the sun, astronomers can calculate the distances to the stars themselves.

Using this technique, along with data from the ESA’s Gaia telescope, the team mapped out stars at distances beyond any of those charted before and in areas of space previously thought to be empty.

“After months of work, we saw this beautiful map for the first time,” Pantaleoni González said. “I felt like an explorer of the Enlightenment, tracing the first accurate maps of our world – just now on another scale. I felt extremely humble and tiny seeing how vast our stellar neighborhood is.”

The scientists proved that the new region was a part of the spiral galactic disk comprising most of our galaxy’s material, and not just a random alignment of stars, by observing them moving consistently in the same direction.

They also suspect that looking at the spur’s position, which is slightly above the galactic disk, could provide some tantalizing hints about the Milky Way’s past.

“If we are living in a galaxy with corrugations, which are slight vertical variations or ripples across its disk, it could point to a history of violent evolution for our galaxy,” Pantaleoni González said. “They could be signs of past collisions with other galaxies.”

In Apps and WebCompaniesSmartphones
on 11 October 20213 min read

The next step for the researchers will be to put additional OB stars into a more precise map, which they hope will produce even more insights into our Galaxy’s structures.

The researchers published their findings March 19 in the journal Monthly Notices of the Royal Astronomical Society.

From Big Bang to present: Snapshots of our universe through time

11 fascinating facts about the Milky Way

The 15 weirdest galaxies in the universe