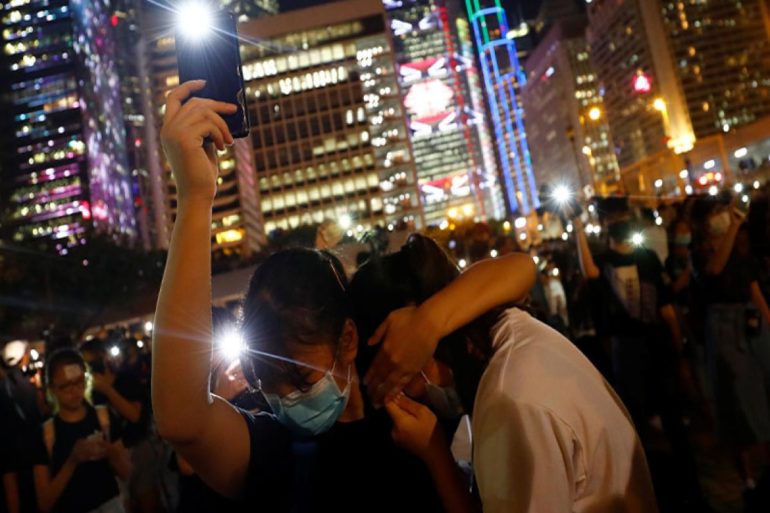 YouTube has disabled 210 accounts believed to be working in tandem to spread misinformation about the ongoing protests in Hong Kong, Google announced Thursday.

YouTube has disabled 210 accounts believed to be working in tandem to spread misinformation about the ongoing protests in Hong Kong, Google announced Thursday.

The move comes just days after Facebook and Twitter removed hundreds of accounts from their platforms that were focused on discrediting the protests.

“Earlier this week, as part of our ongoing efforts to combat coordinated influence operations, we disabled 210 channels on YouTube when we discovered channels in this network behaved in a coordinated manner while uploading videos related to the ongoing protests in Hong Kong,” Shane Huntley of Google’s Threat Analysis Group wrote in a blog post. “This discovery was consistent with recent observations and actions related to China announced by Facebook and Twitter.”

Hundreds of thousands of people have been protesting in Hong Kong for weeks against a bill that would allow criminal extradition from Hong Kong to China. The protests have since evolved into a broader call for democratic reforms in the special administrative region.

Here’s How Long You Actually Need to Break a Habit, According to Science

“We found use of VPNs and other methods to disguise the origin of these accounts and other activity commonly associated with coordinated influence operations,” Huntley wrote.

It’s not clear what specific messages or videos the YouTube accounts were pushing out, or if they were publishing the same videos or a collection of different ones. A Google spokesperson declined to give…