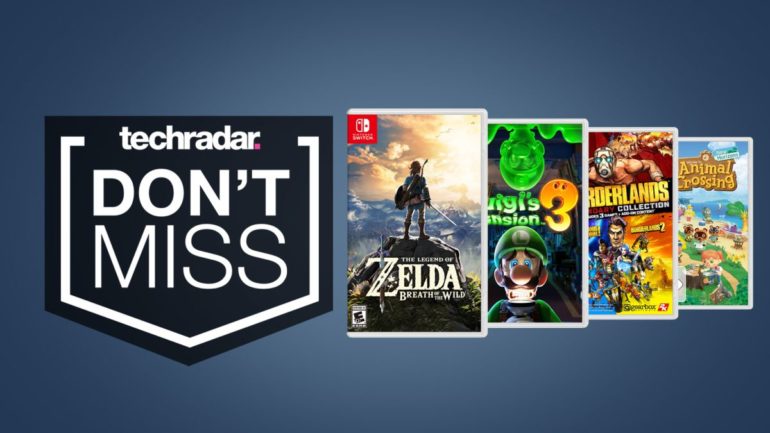 Best Buy’s Nintendo Switch game deals are offering $10 off a massive range of titles this weekend, with discounts hitting everything from Paper Mario to Luigi’s Mansion. That means there’s Nintendo Switch deals on a whole roster of titles right now, with something for everyone up for grabs.

What’s more, we’re seeing even bigger discounts on some of the most in-demand games right now. Breath of the Wild is actually $12 off at $47.99, as are Pikmin 3 Deluxe and Super Mario Odyssey. That’s perfect if you need to stock up your library with some Nintendo Switch must-haves, but there’s plenty more where that came from.

Not in the US? Scroll down for more Nintendo Switch game deals.

Pikmin 3 Deluxe: $59.99 $47.99 at Best Buy
Pikmin 3 Deluxe is relatively new to the market compared to other titles seeing discounts this week. However, you’ll still find the strategy platformer available for $12 off right now, at an excellent $47.99.

Super Mario Odyssey: $59.99 $47.99 at Best Buy
Launched alongside the Nintendo Switch console itself, the latest 3D Super Mario title has been holding on to its $59.99 price tag over the last four years. However, you’ll find a $10 discount up for grabs at Best Buy.
View Deal

Mario Kart 8 Deluxe: $59.99 $49.99 at Best Buy
The classic kart racer received a Deluxe release for the Nintendo Switch right at the console’s launch. Since then we haven’t seen too many discounts on the multiplayer fan favorite, but this $10 discount has been going strong for a few weeks now.
View Deal

Animal Crossing: New Horizons: $59.99 $49.99 at Best Buy
Animal Crossing: New Horizons was another 2020 winner, seemingly released just at the right time as we all went into hibernation. Since then it’s seen only a handful of discounts, largely due to the fact that demand for this title has been so high over the last year. You’ll find it on Best Buy’s shelves for just $49.99 this week, however.
View Deal

Super Smash Bros. Ultimate: $59.99 $49.99 at Best Buy
If you’re looking for that classic beat ’em up action, Super Smash Bros. Ultimate has been the place to go for a few years now. In all that time, though, we’ve seen very few Nintendo Switch deals hitting the multiplayer title. That means we’d grab this $10 discount before the price rises again.
View Deal

Luigi’s Mansion 3: $59.99 $49.99 at Best Buy
Luigi’s Mansion can be played solo, but is much better enjoyed with a gooigi friend by your side. With plenty of multiplayer co-op and competitive minigame content to get through, Luigi’s Mansion 3 remains one of the best titles to hit the system in recent years and with $10 off you’re getting an excellent offer here.
View Deal

Pokemon Shield: $59.99 $49.99 at Best Buy
While Pokemon Sword is absent from this week’s Nintendo Switch deals at Best Buy, you’ll find the Shield version of the 2020 release for $10 off. That’s perfect if you’re looking for some classic Pokemon action, set against a new open world and with plenty of additional gameplay features as well.
View Deal

You’ll find plenty more cheap game deals across a range of platforms right now, but if you still need a console take a look at the best Nintendo Switch Lite bundles we’ve found this week.