GameStop soars another 140% to above $150, trading briefly halted in another wild day 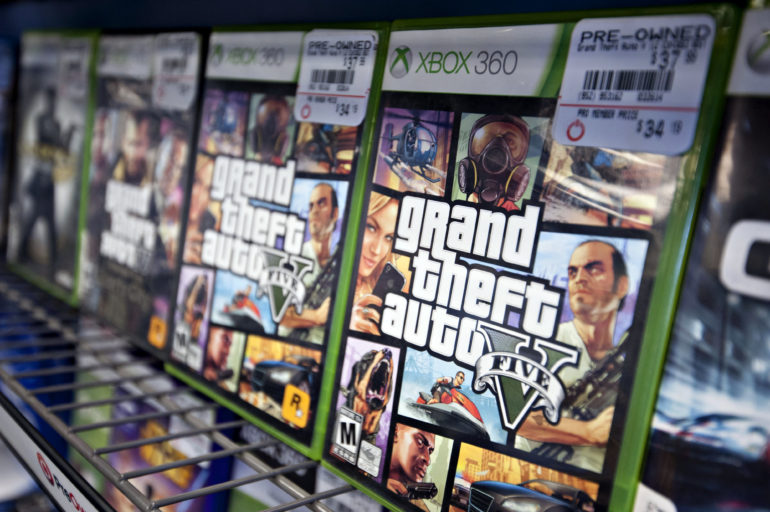 The explosive rally in GameStop is showing no signs of slowing down as retail investors talking in chat rooms and hedge funds rushing to cover their short bets against the stock pushed it above $150 a share at one point Monday.

Shares of the brick-and-mortar video-game retailer soared more than 140% to $159.18 at its high of the session in morning trading. The stock was briefly halted for volatility multiple times. Amid morning trading, over 86 million shares has already changed hands, more than doubling its 30-day average trading volumes of 29.8 million shares.

GameStop shares have soared more than 600% in January alone and are up over 800% in three months. The stock was worth just $6 apiece four months ago. The stock last traded up 65% at around $105 a share.

Monday’s jump came despite a double-downgrade from Telsey Advisory Group. The Wall Street firm slashed its rating on GameStop to underperform from outperform, saying there’s a disconnect between fundamentals and valuation.

“The sudden, sharp surge in GameStop’s share price and valuation likely has been fueled by a short squeeze, given the high short interest, and, to a lesser degree, speculation by retail investors on forecasts for the new gaming cycle and the involvement of activist RC Ventures,” Telsey analyst Joseph Feldman said in the note on Monday.

“We believe the current share price and valuation levels are not sustainable, and we expect the shares to return to a more normal/fair valuation driven by the fundamentals,” the firm added.

GameStop has been a popular short target on Wall Street. In fact, more than 138% of its float shares had been borrowed and sold short, the single most shorted name in the U.S. stock market, according to FactSet citing the latest filings.

On Jan. 11, news broke that activist investor and Chewy co-founder and former CEO Ryan Cohen is joining GameStop’s board. The stock jumped on the announcement on hopes Cohen would drive a change in strategy. The gain triggered a rush of short covering from hedge funds and traders who bet against the stock. When a shorted stock trades sharply higher, short sellers would have to buy back shares to cut their losses, which fuels the rally.

GameStop has also been a hot topic in online chat rooms, Twitter and Reddit as some retail investors and day traders aim to push shares higher and squeeze out short sellers.

“It’s just another reflection of the ebullient mood,” Peter Boockvar, chief investment officer at Bleakley Advisory Group, said Monday of GameStop, “Again, it will matter when it does, whenever it does.”

Citron Research, a vocal GameStop short seller, said Friday it would not be commenting on the company any longer because of attacks from the “angry mob” that owns the stock. Citron said there were too many people hacking Citron’s twitter account on Friday, and it canceled a livestream where it was going a detail five reasons why the stock will go back to $20.

Spence vs Garcia live stream: how to watch the fight online anywhere and for free

In Apps and WebCompaniesGamingSmartphones
on 5 December 20207 min read

Telsey’s 12-month price target is $33. According to FactSet, the average price target of analysts is just $12.39, far below where it was trading Monday.

“This stock has completely disconnected from the fundamentals.” Anthony Chukumba, analyst at Loop Capital, said on CNBC’s “Squawk on the Street” on Monday. “This is very much being driven by retail investors, individual investors, many of them trading on Robinhood, many of them trading on options. And GameStop has an incredibly high short interest and the shorts are getting squeezed.”

“The fundamentals, in a word, are terrible,” Chukumba added. “Gamers are increasingly doing full-game downloads. They’re just downloading these game, they’re not buying the physical games. GameStop just doesn’t really participate in that.”

Subscribe to CNBC PRO for exclusive insights and analysis, and live business day programming from around the world.