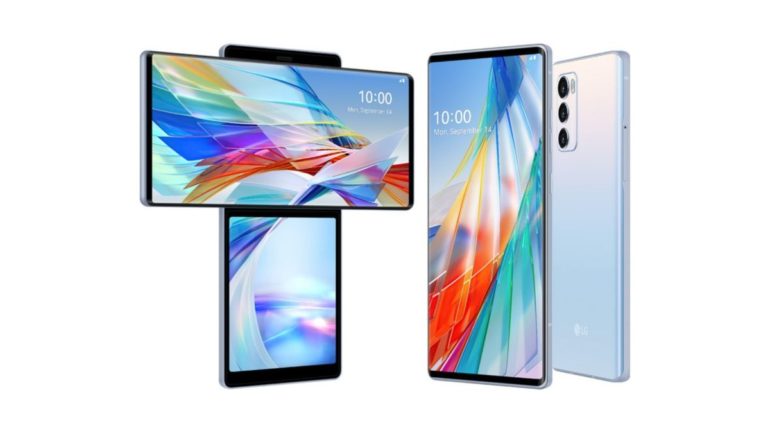 LG has done a sudden turnaround of its Indian operations. Hot on the heels of moving thousands of LG G8X units in a week, it has now also launched its new top-of-the-line LG Wing 5G in India. Here’s everything you need to know about it.

Launched globally last month, the LG Wing is a part of the brand’s new Explorer series of smartphones which look to explore new form factors. Like many of its recent devices, this one also has two displays but in a very unique orientation — the secondary display appears when the first one is swivelled away!

The primary display of the LG Wing is a 6.8-inch OLED panel with a Full HD+ resolution and a 60Hz refresh rate. Underneath is the secondary 3.9-inch G-OLED display, resulting in a T-shaped design when opened. This one-and-a-half display implementation allows for new ways of multi-tasking where one app can occupy the full screen and have complementary content on the other: YouTube + Media controls, GPS + music, gaming + HUD, texting + full-screen keyboard, etc.

There are no punch-holes or notches as the selfie camera resides in a pop-up mechanism. Even with these moving parts, the entire package is IP54 rated for water-resistance as well as MIL-STD 810G certification for drop protection. It is 10.9mm thick and weighs 260 grams.

Internal specifications include a Snapdragon 765G chipset, 8GB of RAM and 128/256GB storage. The storage can be further expanded by up to 2TB via micro SD. The battery is rated at 4,000mAh with support for 25W QuickCharge 4+ and 10W wireless charging.

On the back of the LG Wing is a triple camera array comprising of a 64MP f/1.8 primary camera, a 13MP ultra-wide shooter followed by a secondary 12MP ultra-wide lens for videography. Selfies are handled by a 32MP shooter.

The LG Wing’s price in India is Rs 69,990 for the 128GB variant. Colour options include Aurora Gray and Illusion Sky. The first sale is scheduled for November 9.