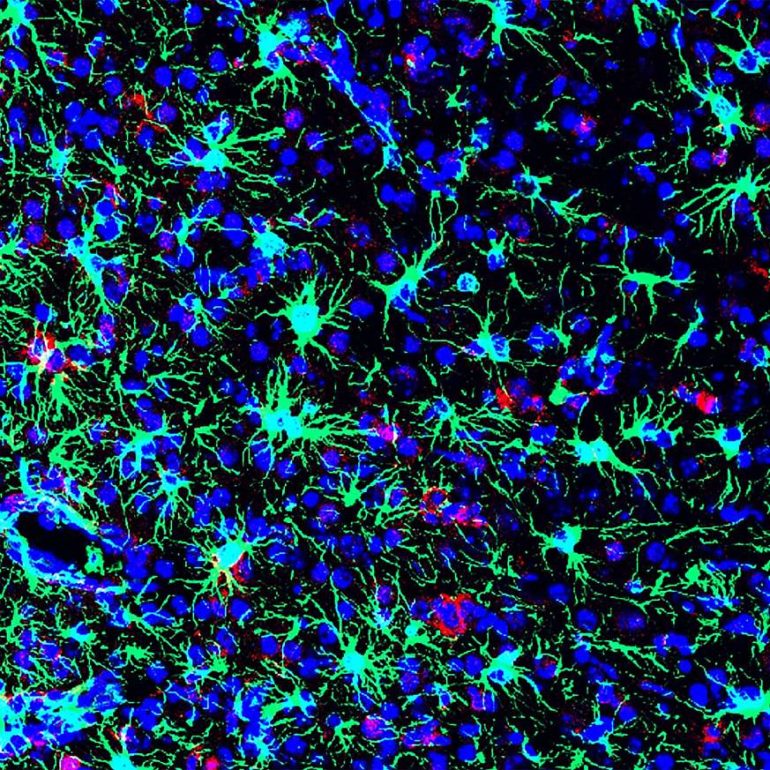 In 2015, hundreds of children were born with brain deformities resulting from a global outbreak of Zika virus infections. Recently, National Institutes of Health researchers used a variety of advanced drug screening techniques to test out more than 10,000 compounds in search of a cure. To their surprise, they found that the widely used antibiotic methacycline was effective at preventing brain infections and reducing neurological problems associated with the virus in mice. In addition, they found that drugs originally designed to combat Alzheimer’s disease and inflammation may also help fight infections.

“Around the world, the Zika outbreak produced devastating, long-term neurological problems for many children and their families. Although the infections are down, the threat remains,” said Avindra Nath, M.D., senior investigator at the NIH’s National Institute of Neurological Disorders and Stroke (NINDS) and a senior author of the study published in PNAS. “We hope these promising results are a good first step to preparing the world for combating the next potential outbreak.”

The Zika virus is primarily spread by the Aedes aegypti mosquito. In 2015 and 2016, at least 60 countries reported infections. Some of these countries also reported a high incidence of infected mothers giving birth to babies born with abnormally small heads resulting from a developmental brain disorder called fetal microcephaly. In some adults, infections were the cause of several neurological disorders including Guillain-Barré syndrome, encephalitis, and myelitis. Although many scientists have tried, they have yet to discover an effective treatment or vaccination against the virus.

In this study, the researchers looked for drugs that prevent the virus from reproducing by blocking the activity of a protein called NS2B-NS3 Zika virus protease. The Zika virus is a protein capsule that carries long strings of RNA-encoded instructions for manufacturing more viral proteins. During an infection, the virus injects the RNA into a cell, resulting in the production of these proteins, which are strung together, side-by-side, like the parts in a plastic model airplane kit. The NS2B-NS3 protease then snaps off each protein, all of which are critical for assembling new viral particles.

“Proteases act like scissors. Blocking protease activity is an effective strategy for counteracting many viruses,” said Rachel Abrams, Ph.D., an organic chemist in Dr. Nath’s lab and the study leader. “We wanted to look as far and wide as possible for drugs that could prevent the protease from snipping the Zika virus polyprotein into its active pieces.”

To find candidates, Dr. Abrams worked with scientists on Dr. Simeonov’s and Dr. Padmanabhan’s teams to create assays, or tests, for assessing the ability of drugs to block NS2B-NS3 Zika virus protease activity in plates containing hundreds of tiny test tubes. Each assay was tailored to a different screening, or sifting, technique. They then used these assays to simultaneously try out thousands of candidates stored in three separate libraries.

One preliminary screen of 2,000 compounds suggested that commonly used, tetracycline-based antibiotic drugs, like methacycline, may be effective at blocking the protease.

Meanwhile, a large-scale screen of more than 10,000 compounds helped identify an investigational anti-inflammatory medicine, called MK-591, and a failed anti-Alzheimer’s disease drug, called JNJ-404 as potential candidates. A virtual screen of over 130,000 compounds was also used to help spot candidates. For this, the researchers fed the other screening results into a computer and then used artificial intelligence-based programs to learn what makes a compound good at blocking NS2B-NS3 Zika virus protease activity.

“These results show that taking advantage of the latest technological advances can help researchers find treatments that can be repurposed to fight other diseases,” said Dr. Simeonov.

The Zika virus is known to preferentially infect stem cells in the brain. Scientists suspect this is the reason why infections cause more harm to newborn babies than to adults. Experiments on neural stem cells grown in petri dishes indicated that all three drugs identified in this study may counteract these problems. Treating the cells with methacycline, MK-591, or JNJ-404 reduced Zika virus infections.

Because tetracyclines are U.S. Food and Drug Administration-approved drugs that are known to cross the placenta of pregnant women, the researchers focused on methacycline and found that it may reduce some neurodevelopmental problems caused by the Zika virus. For instance, Zika-infected newborn mice that were treated with methacycline had better balance and could turn over more easily than ones that were given a placebo. Brain examinations suggested this was because the antibiotic reduced infections and neural damage. Nevertheless, the antibiotics did not completely counteract harm caused by the Zika virus. The weight of mice infected with the virus was lower than control mice regardless of whether the mice were treated with methacycline.

Welcome to the new Roaring 20s: A transformation tipping point

“These results suggest that tetracycline-based antibiotics may at least be effective at preventing the neurological problems associated with Zika virus infections,” said Dr. Abrams. “Given that they are widely used, we hope that we can rapidly test their potential in clinical trials.”