Kit Harington crying while discovering the fate of Daenerys 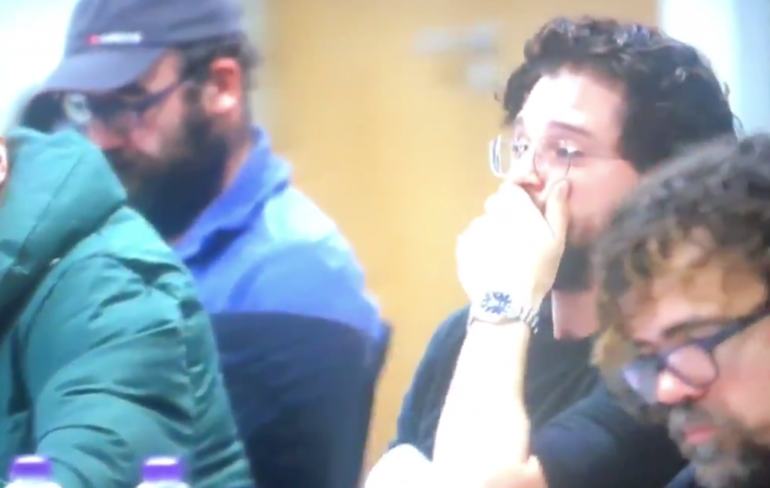 Game Of Thrones is now over. It is therefore time to know all the details behind the scenes of the series. For once, this is not a filmed moment during the shooting, but at the moment, for the actors, to discover the script.

Jon's Killing Kit Daenerys is so relatable I can not even. #TheLastWatch pic.twitter.com/OfqzeRKmbG

This is a symbolic moment for the entire film crew of the series. To make known the script of a cinematographic realization, the actors gather at a table. They are accompanied by screenwriters, but also the director and producers. This allows everyone to express their opinion, to make proposals, and simply to give the same information to the entire team in charge of making a work.

In this video shared by the Twitter account carohuntz, we see the whole team of Game Of Thrones who discovers and shares the scenario of the last episode of the series. This episode 6, filled with twists, is the climax of eight years of work. This moment was perfect to capture reactions from the actors and it did not miss.

Kit Harington, who plays Jon Snow, could not hold back his tears when he learns that his character betrays Daenerys, his aunt in the series. We can see that the actor is first shocked by what he discovers, then the emotion is read on his face.

Most of the time, the actors receive the script in advance, to be able to read it and debate during the meeting. But some, like Kit Harington and Maisie Williams, prefer to be surprised and share the surprise in a group. For her part, Emilia Clarke had already read the script. At the moment of discovery, she can not help staring at Jon Snow's actor and nodding in sympathy. A unique moment that we had the chance to capture, and which will be remembered.