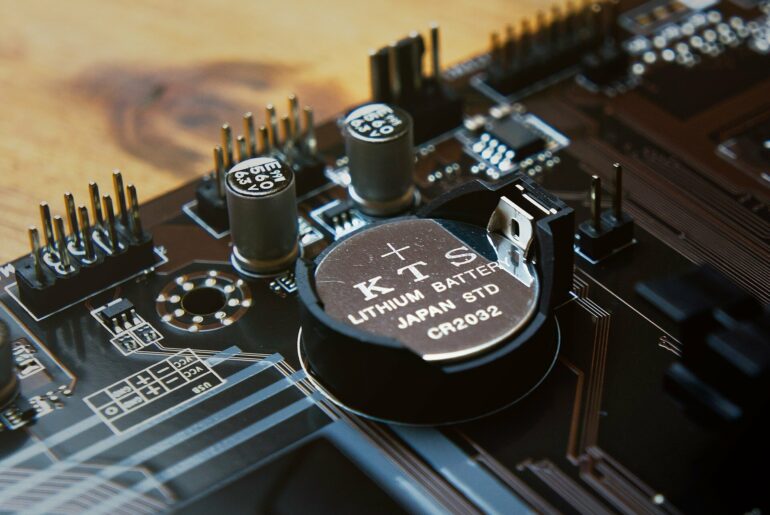 Pediatric battery-related emergency department (ED) visits have increased considerably in the last decade, particularly among children five years old and under, according to a new study published today in Pediatrics by a team of researchers from Safe Kids Worldwide and Nationwide Children’s Hospital.

This study, which analyzed data from 2010 through 2019, revealed that every 75 minutes in the United States a child under 18 years of age visited an ED for a battery-related injury—more than twice the frequency reported in a previous study looking at data from 1990 through 2009 (1 visit every 160 minutes). Among cases where battery type was known, button batteries were most frequently involved (85%).

The study also found that 84% of patients were five years old or younger and that injuries may be increasing in severity. Twelve percent of battery exposures seen in EDs resulted in immediate need for hospitalization, up from 7% for 1990 through 2009.

“Unfortunately, past prevention efforts have yet to lead to significantly reduced injury rates,” said Mark Chandler, MPH, lead author of the study, and Senior Research Associate with Safe Kids Worldwide. “Both regulatory efforts and increased public awareness of the hazards are needed. Until secure battery compartment designs and ultimately a safer button battery technology are widely adopted by industry, these injuries in children will continue.”

Button batteries are used to power an increasing number of small electronics found in the home today, including toys, watches, hearing aids, remote controls, and flashlights. These batteries can often be easily removed from such devices and therefore pose a risk to young children who are prone to placing foreign objects in their ears, nose, and mouth.

“Button batteries remain a serious hazard in the home that can cause severe, and even life-threatening, injury if swallowed by a child,” said Gary A. Smith, MD, DrPH, co-author and Director of the Center for Injury Research and Policy at Nationwide Children’s Hospital in Columbus, Ohio.

Ingested batteries pose a serious risk of burning through a child’s esophagus, leading to devastating injury or even death. In the current study, ingestions accounted for 90% of battery-related ED visits, up from 77% for 1990 through 2009.

“The clock is ticking from the moment a button battery gets lodged in the esophagus and serious injury can occur in as little as two hours. Many ingestion events are unwitnessed, so making an early diagnosis is quite challenging,” said co-author Dr. Kris Jatana, Professor of Otolaryngology-Head and Neck Surgery and Director of Clinical Outcomes for the Surgical Services at Nationwide Children’s Hospital. “It is important that medical professionals are aware of the latest esophageal injury mitigation strategies before and after removal.”

The Consumer Product Safety Commission (CPSC) approved changes to the toy safety standard (ASTM F963-17) in 2017 to require that toys powered by button batteries have warning labels and instructions regarding the risks, but the standard does not cover other types of button battery-powered products. Reese’s Law, signed in August 2022 with bipartisan support, will require the CPSC to develop child-resistant testing standards for battery compartments of button battery-powered devices. The law will also require such devices to feature labels that clearly communicate the risk of ingestion among young children.

“Too many children are taken away too soon from a button battery ingestion injury,” said Trista Hamsmith, Reese’s mother. “Through Reese’s Law, we are one step closer to protecting children and families from these hidden dangers in the home.”

Keep button battery-controlled devices out of sight and reach of children. While important for all ages, this is especially important for kids ages five and under. These devices include remote controls, musical greeting cards, digital scales, watches, hearing aids, thermometers, some children’s toys, calculators, key fobs, tea-light candles, and flashing holiday jewelry or decorations, all of which often contain button batteries. Keep all batteries locked away, out of sight and reach of children.Examine products and make sure the compartment that houses the button battery is secure, such as being closed with a screw, so that it is difficult for a child to access the battery. If the product is damaged or the button battery compartment cannot be secured, stop using the product and keep it away from children.If you suspect your child has ingested a battery:
If your child is over 12 months of age, give two teaspoons of honey every 10 minutes (if immediately available and no allergy) and go straight to the ED.If under 12 months of age, do NOT give any honey and go immediately to ED.Do not induce vomiting or have your child eat or drink anything else.Call the National Battery Ingestion Hotline (800-498-8666) 24/7 for additional information.