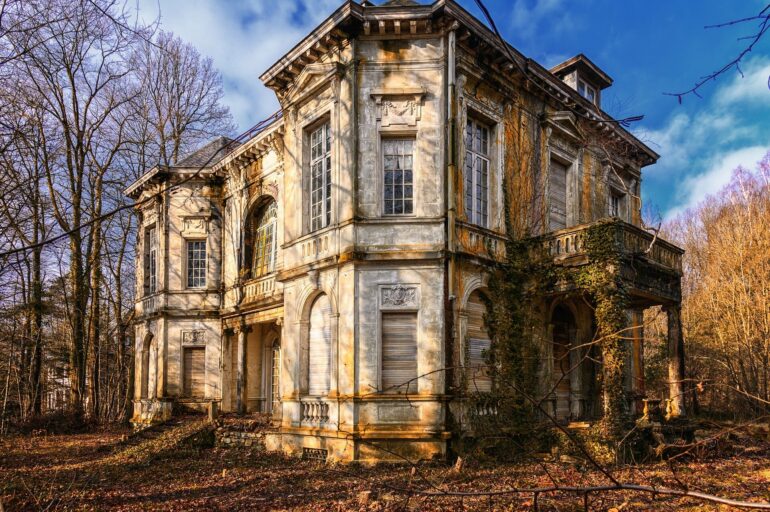 Installing new doors and windows, trash cleanup, and weeding at abandoned houses in Philadelphia led to substantial drops in nearby gun violence, according to a new study from the Perelman School of Medicine and School of Arts and Sciences at the University of Pennsylvania, and Columbia University Mailman School of Public Health, published today in JAMA Internal Medicine. The findings suggest that fixing dilapidated, abandoned houses is an inexpensive intervention that local governments can add to their prevention efforts to address the current gun violence crisis.

“Decades of disinvestment due to structural racism has led to the physical deterioration of many segregated Black urban neighborhoods,” said Eugenia C. South, MD, MSHP, an assistant professor of Emergency Medicine, faculty director of the Penn Urban Health Lab, and lead author of the study.

“Abandoned houses often have crumbling facades, blown out windows, doors covered with plywood, and the accumulation of trash on the property. Our study highlights how these houses have implications far beyond just the aesthetics of a neighborhood—and how simple, structural fixes to these homes can make the neighborhoods safer and by extension the people healthier.”

Research shows that abandoned houses can impact the health and safety of the neighborhoods in which they are located in a number of ways. For instance, abandoned houses are often easy to enter, and can be a location of illegal activity, including the storage of firearms.

A concentration of abandoned houses has been associated with violence and substance use. Residents often point to these spaces as fracturing social ties between neighbors, and contributing to poor mental health.

For this study, which began in June 2017 and completed in February 2020, abandoned houses across the City of Philadelphia were randomly selected and allocated into one of three trial arms. The first group received a full remediation including new window and door installations, trash cleanup and weeding; the second group received trash cleanup and weeding only; the third group received no interventions at all and served as a control. In total, 258 abandoned houses were included in the study. The neighborhoods where the study took place were predominantly Black and low-income.

The trash cleanup intervention included removal of debris and weeding in front of the house, including the sidewalk, and reporting graffiti to the city for removal. Maintenance was performed for houses in the first two groups every two and a half months on average during the post-intervention period, which included reinstalling stolen windows and doors at ten houses.

“This citywide randomized controlled trial is a powerful piece of scientific evidence showing that place-based interventions can improve health and safety, even for some of our most challenging crises like gun violence,” said Charles Branas, Ph.D., Gelman Professor and chair of the department of Epidemiology at Columbia University, and an adjunct professor of Epidemiology at Penn Medicine.

“This is the first time that the effects abandoned house remediation have been studied in a truly scientific manner, and opens the door for more academic research that can provide policymakers with concrete evidence that these interventions work and should be seriously considered.”

This publication adds to the growing body of research by the authors that illustrates the efficacy of place-based interventions—such as vacant lot cleaning and greening and structural repairs to homes in low-income neighborhoods—in improving health and safety in predominantly Black neighborhoods.

“While abandoned housing remediation does not directly address the policies leading to segregation, disinvestment, and poor health in poor, Black neighborhoods, our research suggests that such an intervention does influence upstream contributors to gun violence,” said John MacDonald, Ph.D., a professor of Criminology at the University of Pennsylvania and principal investigator for the study. “These results are promising, and warrant further research into home repairs, and their impact on crime and perceived safety in low-income neighborhoods.”