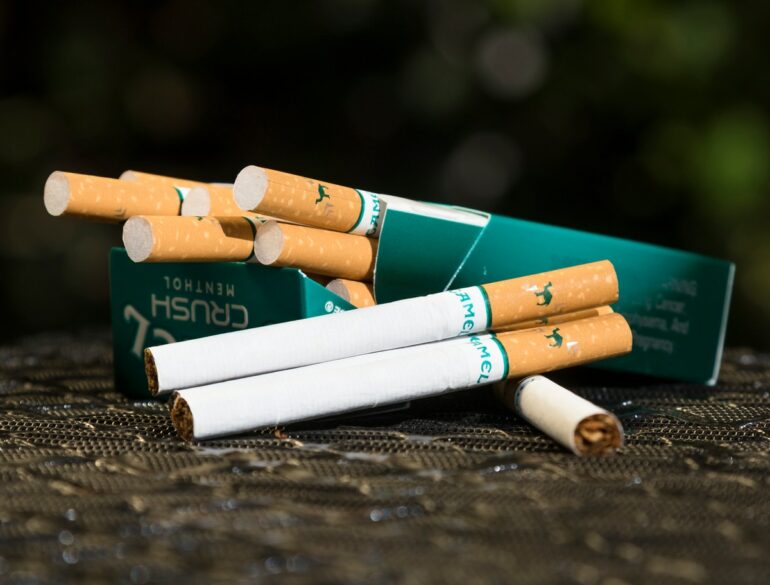 Currently in the public comment phase, the United States Food and Drug Administration is set to finalize rules prohibiting menthol in tobacco products, citing an effort to reduce addiction and youth experimentation, improve quitting among current smokers and address health disparities. A nationally representative study of 1,092 youths in the U.S., conducted between 2013 and 2019, provides evidence supporting this FDA action.

Publishing in the June 6, 2022 online issue of JAMA Network Open by researchers at University of California San Diego Herbert Wertheim School of Public Health and Human Longevity Science, the study noted that the proportion of 12- to 17-year-old cigarette smokers who smoke menthol has risen to 56% and these menthol cigarettes appear to have led them to smoke more frequently and become more dependent on nicotine.

“The ‘cooling’ sensation of menthol masks the harshness of tobacco which can make cigarettes more palatable to youth. Additionally, this cooling sensation can allow smoke to be inhaled deeper and held for long, which can result in a greater absorption of nicotine per puff,” said Eric Leas, Ph.D., assistant professor at UC San Diego Herbert Wertheim School of Public Health and Human Longevity Science and lead author on the study.

Using data from the nationally representative Population Assessment of Tobacco and Health (PATH) longitudinal study, undertaken by the National Institute on Drug Abuse and the FDA Center for Tobacco Products under contract with Westat, researchers compared use of menthol-flavored and nonmenthol cigarettes.

For youth who smoked, consuming menthol cigarettes was associated with 2.8 additional days of smoking in the past 30 days, 38% higher risk of being a frequent smoker, and an 8% higher nicotine dependency.

Youth who switched from menthol cigarettes to unflavored cigarettes smoked 3.6 fewer days over a 30-day period, had a 47% lower risk of being a frequent smoker, and had a 3% lower nicotine dependency.

Menthol is a naturally occurring chemical found in the oils of mint but it is also synthetically produced in labs.In addition to the “minty” taste, menthol has pain-relieving and numbing properties.Menthol was first added to tobacco in the 1920s and 1930s. Today, nearly 18.6 million current smokers use menthol cigarettes in this country.Marketing of menthol products has been targeted towards Black and LGBTQ+ individuals and low-income communities. Approximately 85% of Black smokers consume menthol cigarettes compared to 48% of Latinos, 41% of Asians and 30% of white smokers. The FDA reported menthol cigarette use declined among white youth but did not decrease among Black or Latino youth.

Moving towards a menthol ban

According to the Centers for Disease Control and Prevention, cigarette smoking remains the leading cause of preventable disease, disability and death in the U.S. Tobacco use is associated with 1 in 5 deaths. More than 90% of current smokers started smoking as teenagers, and it is estimated that 80% of youths who used tobacco began with flavored tobacco products.

“Our findings suggest that the addition of menthol to cigarettes is increasing smoking frequency and nicotine dependency among youth. Menthol cigarettes are also making it harder for them to progress towards quitting. These results provide strong support for the FDA-proposed ban on menthol flavoring in cigarettes to protect our youth.”